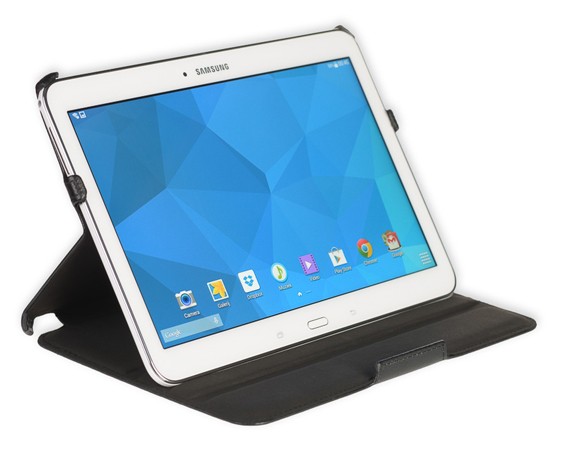 Samsung Galaxy devices got massive hit in world market and each and every year Samsung has been releasing new device especially for the Samsung fans. The primary goal of the Samsung is covering whole sale on worldwide. Now the Samsung could introduce new tablet in the market. The Galaxy Tab 4 was launched in August month in 2014 along with three variations like Galaxy 4.10.1, Galaxy 4.8.0 and Galaxy 4.7.0 and these display size are 10.1 inch, 8 inch and 7 inch respectively. The developer has been done this gadget with portable design and innovative features. This Galaxy Tab 4 was designed with additional improvements when compared to previous one.

The Galaxy Tab 4 has 1.2 GHz core processor along with the Snapdragon Qualcomm and 1280 into 800 resolution of screen display size with 216 ppi. This is will give better performance when compared to previous models. The RAM storage of Galaxy Tab 4 has 1 Giga Bytes and core storage is 16 Giga Bytes. This Storage space has been expanded up to 64 Giga Bytes rates, though the MicroSD card. The Galaxy Tab was launched with 8.90*108.00*187.00 dimension rate. The developer has been done Galaxy Tab 4 design along with some additional improvements. These improvements help the Galaxy Tab 4 for getting top most places in the Tablet market. This gadget provides more powerful performance regarding the design and pattern. The Galaxy Tab 4 has rear and front camera sensor. These are having three megapixels and 1.3 megapixels respectively. This great gadget offers high clarity and quality of images to the Samsung users. The developer brings some alteration in battery life, and this is non removable one and provides the very long life to the Samsung customers. The battery size of Galaxy Tab 4 is 6800 mAh and 4450 mAh. This gadget gives very fast internet access and also has WI-FI connection with 4G, 3G and 2G version. The Galaxy Tab has totally 1.5 Giga Bytes memory storage and this will store large quantity of music files and other files.