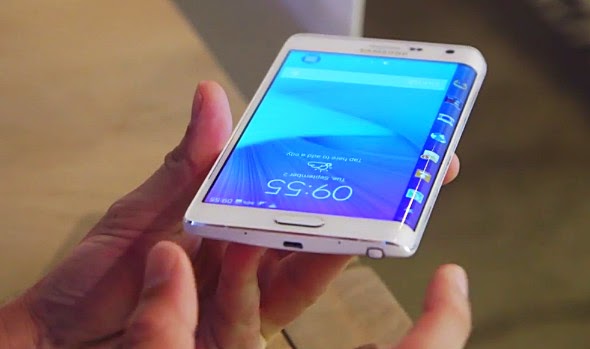 The Samsung Galaxy Note Edge 2 is the upcoming smart phone device to the market and it would include several new features and applications. The features of this Note Edge 2 would have the unique property. It would have the processor of 2.7 GHz octa core Snardragon 805 chipset processor, and it would support the operating system of Android 5.0 Lollipop. It would have 3GB of the RAM memory space 32/64 GB of user memory range. And moreover, it would support the micro SD card slot up to 64 GB.

On other hand, Galaxy note 5 is also coming in September month of this year, and it could include new and interesting features. It would have the RAM memory space up to 4 GB and weight would be between 170 and 190 grams. It would add some new functionality to the S Pen Stylus and it could support the networks of 2g, 3G and 4G LTE Cat6.0.  It would perform the operation by using the Exynos 7xxx Dodeca-core processor or the Qualcomm’s Snapdrgon 81xclocked around 2.9 Ghx.  It would support the internal storage device up to 32 or 64 GB, and it would expand up to 128 GB. The designer could include the Android 5.o lollipop or 6.0 Android M as the operating system.  The note edge would have the main camera of 20.9 mega pixels and the secondary camera of 5MP. It can be launch at September of this year. it may be expected at several features and these would include,  metal body, wireless charging technology, eye scanning technology, water and the duct proof, it could have advanced fingerprint scanner, sound recognition, LED notification color with four different colors, improved handwriting recognition, HDMI port and the USB host. It would have the dimensions range of 6 inches super AMOLED with 4K UHD screen and the 3840×2160 pixels resolution.  The sensor of the Galaxy note edge 2 could have barometer, Gyro, proximity, digital compass, RGB light and the accelerometer. It would support the GPS connection of A-GPS and the Glonass.