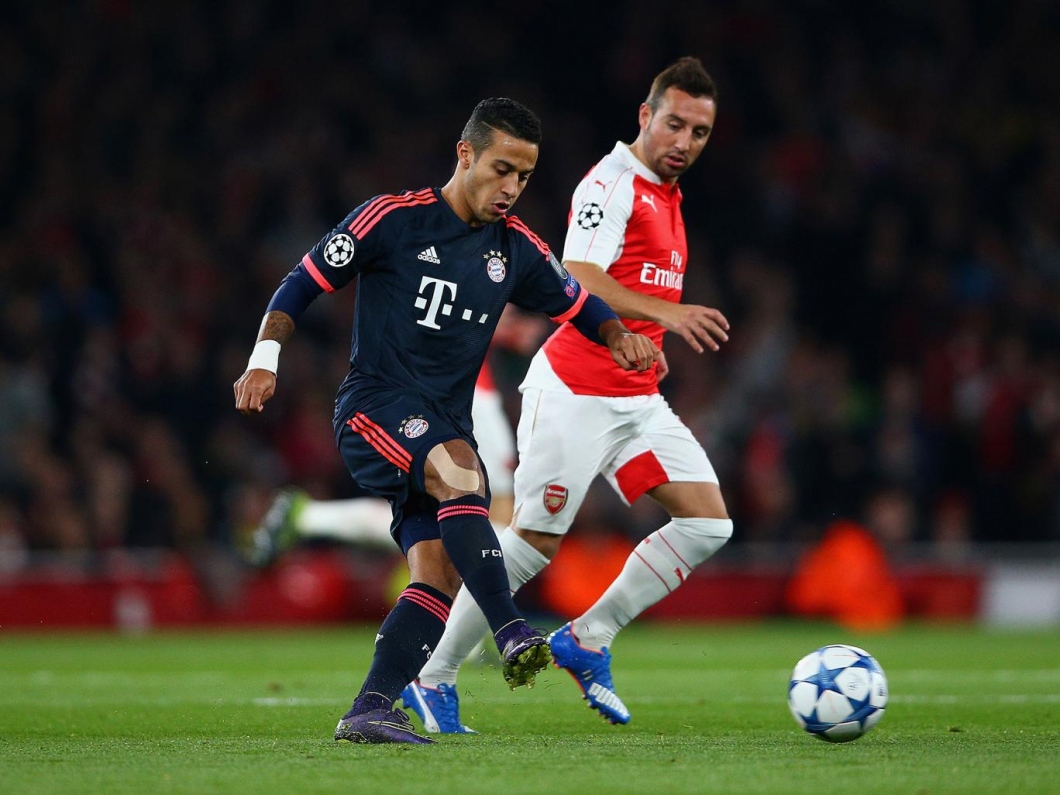 All the major European football leagues are now up and running and the tables have taken on a very familiar look, with heavyweights like Bayern Munich, Juventus, Real Madrid and Man City sitting pretty in first place. It is a long old season ahead but already it seems like we can predict which captains will be joyously wielding trophies above their heads in May.

The Italian top flight is the best example of the top clubs reasserting their dominance as last season’s top three – Juventus, Napoli and Roma – occupy those positions once more. Juventus have got off to a flying start, with three wins out of three, and look set to win their sixth league title in a row. They shrugged off the loss of Paul Poga by bringing in Napoli’s Gonzalo Higuain, who equalled the league record for goal scoring last season, and Roma’s Miralem Pjanic, weakening their two biggest rivals, and they are playing some great football. Over the course of the season they should prove far too strong for Napoli and Roma, who both invested well in the summer but are not as strong defensively as the champions, and for that reason Juventus are overwhelming favourites to win the title, with odds of 4/11 from bookmakers.

It was always going to be a three-way fight between Barcelona, Real Madrid and Atletico Madrid, but Real have stolen a march on their rivals by maintaining a 100% record so far. Barcelona meanwhile lost to newly promoted Alaves and Atletico dropped points against Alaves and other promoted team, Leganes. Despite that Barcelona are still the bookmakers’ odds-on favourites to win a third, and their 7-0 demolition of Celtic in the Champions League showed why: they are a formidable force going forwards. Real will give them an almighty fight though. Since Zinedine Zidane replaced Rafa Benitez as manager halfway through last season, their league form has been considerably better than Barcelona’s, and they have carried that on into the new campaign, with three wins on the bounce. Cristiano Ronaldo is now back and scoring goals, and Zidane has brought harmony to the squad, so they might actually be a better bet at 11/10 than Barcelona are at 10/11.

Man City pulled off the coup of the summer by attracting Pep Guardiola, the world’s most coveted manager, to leave Bayern Munich and replace Manuel Pellegrini. They have since gone on to win all four league games, including a 2-1 win away at Jose Mourinho’s Man Utd, and right now nobody looks like stopping them. The erratic Claudio Bravo might cause them problems defensively, and they will always concede goals as they play a gung-ho brand of football that sees them pour men forward and always try to play their way out of trouble at the back, but overall they look the best team in England at present. Utd will regroup and grind out lots of wins, while Chelsea are looking strong, but right now it is hard to see anyone toppling Man City, who are 10/11 favourites, ahead of Chelsea and Utd (both 11/2).

Bayern Munich have been invincible domestically in recent years and the loss of Guardiola has not impacted them at all. If anything it has galvanised them. Everyone seem to love playing under new coach Carlo Ancelotti, who has enjoyed great success at Real Madrid, AC Milan, Chelsea and PSG, and he seems to be getting the best out of star striker Robert Lewandowski, while the arrival of Mats Hummels has weakened chief rivals Borussia Dortmund, who have struggled so far and lost last time out to newly promoted RB Leipzig. Bayern should cruise the Bundesliga and are just 1/10 to win it.

The French top flight is the only one that isn’t going to script, as champions PSG are languishing in seventh place after four games. They have had it all their own way in France since they were bought by oil rich tycoons and started splashing serious cash, winning the title for the last four years in a row and by a record number of points last year. The departures of coach Laurent Blanc and top scorer Zlatan Ibrahimovic seem to have caused them teething problems and they lost they first home game in 17 months recently when Monaco took three points from them. Monaco currently sit top, ahead of Nice on goal difference, but over the course of the season you would expect PSG to reassert their dominance as they have a fantastically talented squad. Despite being seventh they are only three points off the top and are just 1/4 to win the title.