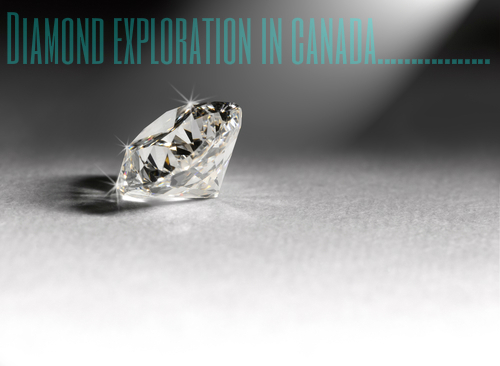 Diamond exploration in Canada is mostly focused on discovering deposits of kimberlite. Kimberlite is the primary host rock for diamonds in Canada. A mineralogical and chemically distinct point source, kimberlite may yield discrete dispersal trains in glacial sediments. On average, only 1 in every 200 kimberlites discovered contains a sufficient number and value of diamonds to become a mine.

Key factors in successful sampling, interpretation, and follow-up of indicators requires an understanding of the ice flow history and the depositional history of glacial sediments as well as the ability to identify multiple till sheets in areas covered by thick glacial settlements.

De Beers recently injected a substantial investment in Canada’s diamond industry with their programs focused in Northern Ontario in the vicinity of Victor Mine where 15 diamond-bearing kimberlites have been discovered.

Still geochemistry is gaining popularity in diamond exploration as it is significantly cheaper than indicator mineral analysis and can be performed quickly. Important pathfinder elements include Ni, CR, BA, Co, Sr, Rb, Nb, Mg, Ta, Ca, Fe, K, and Ti but the relative importance of each depends on the kimberlite composition as well as the composition of the surrounding bedrock.

One of the most important discoveries in the late 70s and early 80s, geologists prospecting for gold in the Northwest Territories found G10 red garnets. Not valuable enough on their own to warrant a mine, these garnets served as an indicator of the kimberlites in which diamonds are often found.

Since this discovery over $1-billion have been poured into diamond exploration in Canada’s north with millions of hectares of land staked by a barrage of enterprising prospectors ranging from major exploration companies to one-man operations.

What is so special about Canadian Diamonds? 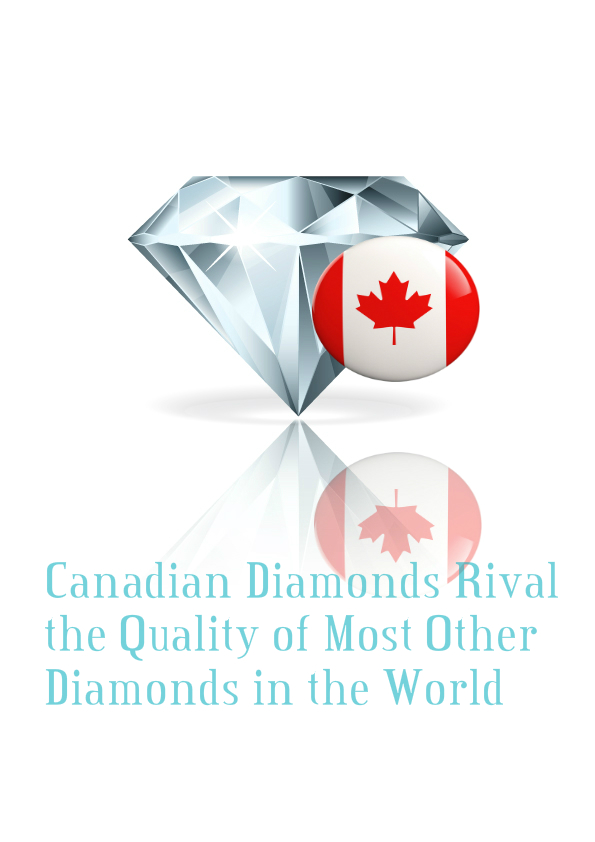 Uniquely beautiful, Canadian diamonds rival the quality of most other diamonds in the world and are mined, sorted, marketed, manufactured, and sold solely in their country of origin. The majority of the world’s diamonds are mined in South Africa, Botswana, Namibia, Australia, and Russia and it becomes almost impossible to track where the diamonds originated by the time it reaches a store. Canada’s diamonds are the sole exception to this tradition.

How to Verify and Authenticate a Canadian Diamond?

In order to verify and authenticate the Canadian origin of diamonds, the Government of the Northwest Territories imposed stringent, government-monitored certification and auditing program. Each diamond it identified and tracked using a Canadian technology known as Gem print. This process captures the optical imprint of each stone and works based on the principle that no two diamonds are exactly identical.

A serial number which serves as the stone’s unique DNA code is laser-engraved on the girdle (outer rim) and cannot be detected without magnification so as not to interfere with the beauty of the stone. Canadian diamonds are also explored using various advanced mineral exploration techniques and mined according to the most stringent environmental standards to protect Canada’s natural resources.

All these strictly monitored procedures make Canadian diamonds one among the most desired diamonds on earth.

Robert D Lagrone is a passionate mining engineer from Toronto, Canada. He loves sharing his knowledge with others. Outside work, he loves to travel and read books. He writes guest blogs for several blogging sites. Follow him at [email protected]