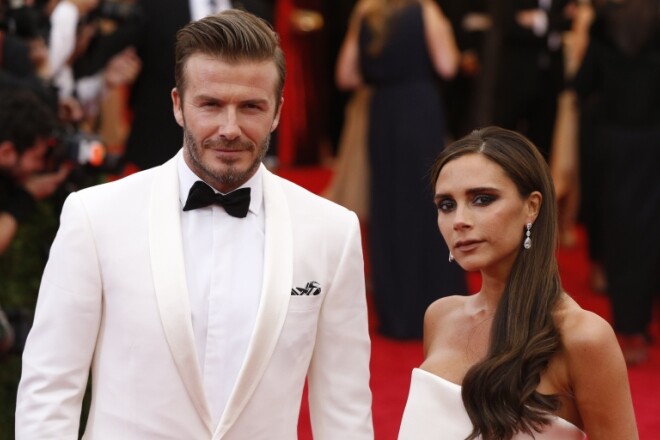 Who is David Beckham ?

David Beckham is an former British born professional soccer player, he played as a midfielder. During his career he changed a number of football clubs: he played for such clubs as Manchester United, Preston North End, Real Madrid, Milan, Los Angeles Galaxy and Paris Saint-Germain.

The best goals of the football player from all matches were collected by the fans in videos, which are still popular on the Internet today. David Beckham set records not only in sports: Beckham was recognized as the highest paid football player in the world in 2011.

The popular footballer is also famous among people who are not keen on sports, thanks to memes, jokes and aphorisms associated with the name of Beckham. These phrases were usually said commentators during the games of the football player, and then were spread on the Internet. For example, the phrase “today is not Beckham’s day” became popular and means a series of sudden failures of the user of this phrase.

David Beckham was born in England in a small town Leytonstone on May 2, 1975. David was the third child in the family. He has an elder sisters Lynn and Joanne. After the appearance of the long-awaited son, Ted Beckham paid all his attention only to him, dreaming of making David a great athlete. Ted began training David when he was only two years old.

First steps in sport David began with the London club “Layton”, where he played for two years. After that, the promising young sportsman entered the well-known football school “Tottenham”, from which he graduated successfully.

In 1993, Beckham signed a professional contract with the most famous British club and became a member of the main team of “Manchester United”.

But, despite his popularity, David realized that football happiness is short-lived, so he decided that playing football is not enough for him. His father helped Beckham and converted his sports talent in money. At the age of 20, Beckham signed contracts with such giants as Pepsi and Adidas, becoming the face of these brands.

In 1998, David turned into a real national hero thanks to a goal scored to the gate of the national team of Colombia at the World Cup. But luck in this championship was changeable to the football player, and he was accused of “killing football”, when the player received a red card in the match against Argentina. Many accused Beckham in the fact that Manchester United lost the championship.

In 2000, Beckham was appointed a captain of the England team. And in 2002, the midfielder quarreled with the head coach of “Manchester United”, which went public, and the case almost ended in a fight.

In 2002, Beckham was sold to “Real Madrid” for a “ridiculous” amount of 35 million euros. The career of football player confidently went up. As a part of the Spanish club Beckham became the champion of Spain (2006-2007), the owner of the country’s Super Cup (2003). Beckham’s number 23 became a legend. “Real” sold a colossal number of club shirts with his number.

In 2005, David Beckham began to produce toilet water under the brand “David Beckham”. The first fragrance of the brand was made by perfumers Alon Astori and Biatris Piquet. The first perfume was called “David Beckham Instinct” and was announced as a perfume for men of any age. The first batch of goods was sold out – the star name played its role.

In 2007, new fragrances of the brand appeared. The company began to produce both male and female fragrances. Since this year, perfumes “For Him” and “For Her” have been released annually. In an interview, the footballer admitted that for him all his perfumes were equivalent. According to Beckham, the brand does not try to outshine the previous perfumes, it simply creates something new.

In 2007, because of the scandal with the leadership of the “Real” Beckham moved to a little-known American club “Los Angeles Galaxy”, signing a contract for five years. The transition of the legendary player provoked an unprecedented surge of interest in football among local residents.

In 2009, Beckham on a lease basis went to the Italian “Milan”. The debut in the Italian team was more than successful – 2 goals in 4 games. Immediately in the press spread rumors about the final transfer of the Englishman to “Milan”. In “Galaxy” David missed most of the season.

The reason for this fact is that the Californian fans have changed their attitude to the football player. The stadiums now and then had offensive posters. The book of his clubmate Landon Donovan called “Beckham Experiment” worsen the situation. The athlete criticized the famous Englishman.

The 2011-2012 season was Beckham’s “Rejuvenation Year.” In the fight for the football player several clubs joined at once. On December 1, 2012 Beckham played his last match for “Galaxy”.

On January 31, 2013 Beckham signed a 5-month contract with the “PSG”. As part of the Parisians David became the champion of France. This victory made Beckham a unique player who managed to become a champion of four countries – England, Spain, the USA and France.

On May 16, 2013 Beckham completed his professional career as a football player.

In the same year, David Beckham starred in advertising underwear brand H & M. The commercial was directed by Guy Ritchie. Also, the footballer continued to appear in glossy publications as a model. Parameters of the athlete (weight 77 kg and height 185 cm) allow Beckham to compete with professionals in this field.

In 2015, Beckham starred in advertising for mobile operator Sprint. According to the plot of advertising, David goes to the mobile phone shops all over London to find a suitable tariff. Customers of the salons see the celebrity and go after him. In the final video, the crowd reaches the Sprint Salon, where the player chooses a tariff and signs a contract.

In 2014, the audience saw the documentary “David Beckham: Into the unknown”, which tells about the life of a football superstar after the end of his career. In the center of the plot is a motorcycle trip, in which David travels with his three friends.

In 2015, David Beckham for the first time appeared in feature films. The former football player played the guest role in the comic thriller “The Man from U.N.C.L.E ” by the British filmmaker Guy Ritchie, with whom David already worked in promotional videos.

The personal life of David Beckham has for many years been associated with the name of Victoria Beckham. David was already a famous player and an enviable fiancé when he met Victoria Adams, the star of the Spice Gels band. In 1999, the couple married.

The combination of two popular personalities led to the fact that the couple became one of the most famous British unions. Victoria gave birth to four children of David: the sons Brooklyn, Romeo and Cruz, as well as the long-awaited daughter Harper.

David Beckham made tattoos with the names of children. Also on the athlete’s shoulder there is a portrait of his wife, and on his left hand there is the word “Love” and the swallow. In total, David’s body is decorated with 17 tattoos. Because of this during the football career, Beckham often played in a form with a long sleeve.

In 2010, a scandal erupted around the footballer’s personal life. A prostitute Irma Nichi gave a scandalous interview, telling that in 2007 Beckham met her and other women of the same profession more than once. The athlete filed a lawsuit against Irma, accusing her of libel. The woman in turn filed a counterclaim, claiming compensation for moral damage because of the charge of lying.

In parallel with this, rumors of new mistresses of the footballer began to appear. In summer of 2012, the tabloids again accused David Beckham of betraying. Journalists accused the footballer of relations with opera singer Kathryn Jenkins. Victoria Beckham calmly reacted to these rumors. The Beckham family didn’t comment on the situation.

These rumors were not the first and not the last. In 2016, journalists found one photo to accuse David of the new betrayal. In this photo, the man leaves the coffee shop and looks at the blonde girl, who happened to be nearby.

At the same time in the media constantly appear rumors about problems in the famous family and that the football player is going to divorce with his wife. Journalists refer to the fact that today Victoria and David live between London and Los Angeles and do not spend time with each other, and their feelings have cooled. In addition, the couple is selling their villa in Provence, with a 70% discount.

The couple denies rumors about the divorce, regularly posting photos from joint trips and romantic dates in their own accounts in Instagram.

Few people know that David Beckham suffers from a rare mental illness – a compulsive disorder syndrome. The symptoms of the disease are following: a person has a pathological striving to arrange things strictly in a symmetrical manner. David is constantly making sure that the items are placed in a straight line and in an even number. Beckham simply hates when things are out of place. This brings the player almost physical pain.

In 2017, Beckham received the first role. In a new film, the football player was invited again by Guy Ritchie. David played the episodic role of Knight Trigger in the adventure fantasy “King Arthur: Legend of the Sword.”

In the same year, David Beckham again starred for advertising of H & M. David Beckham and Kevin Hart advertised the brand’s clothing in a sport and casual style. The video was built in the form of a backstage of a photo session and showed the daily life of a football