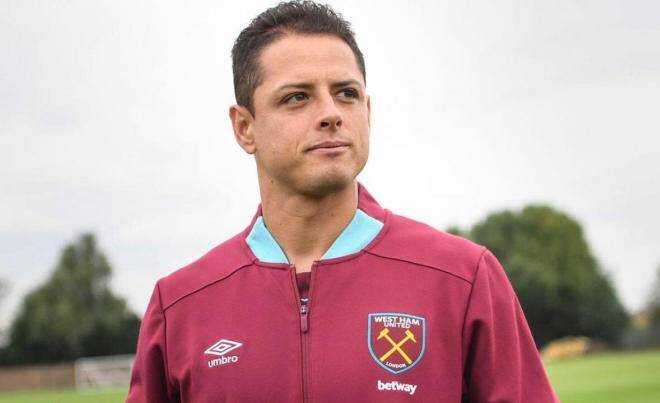 The True story and Facts about Chicharito Hernandez

Chicharito is the famous profesional soccer player who is often called the best forward in the history of Mexican soccer. The sportsman’s outstanding talent made him famous all over the globe, and people wait for matches with him like some high-quality shows. The player’s number 14 in the national team is considered lucky. It is hard to believe that Chicharito used to doubt whether he had chosen the right career path.

Chicharito was born in the Mexican city Guadalajara. The sportsman’s real name is Javier Hernández Balcázar; he inherited the funny nickname from his father Javier Hernández Gutiérrez who was called “chicharo” for his bright green eyes.

The boy got interested in soccer at nine. The talented player was noticed soon and started training at the Guadalajara academy. Soon, Chicharito was taking part in all local competitions and championships which gave him the chance to gain experience and learn the details of soccer.

The first season in this team was victorious. In the next year (2007/2008 season), Chicharito scored no goals. As he confessed in one of his later interviews, it was a difficult period for him, and he even considered quitting – he took the bad luck to his heart. However, Chicharito’s parents and close people persuaded the young man to go on and continue to train. They were right: even the negative experience brought good. Eventually, Chicharito achieved a lot in his favorite sports.

In 2010, the fame of the talented forward reached Europe, and Manchester United representatives showed their interest in the player. In the same year, he signed the contract with the great club and appeared on the field in the new team. During the first game for Manchester United, Chicharito replaced the Portuguese player Nani and scored a goal. In the FA Community Shield game against Chelsea, Chicharito scored with his face – soccer fans still admire that goal. The next match was also successful, and Javier helped his team win the long-awaited victory.

After several seasons in Manchester, Chicharito continued his career in another famous club – it was Real Madrid who loaned the sportsman. The contract was signed on September 1, 2014. On September 20, the player demonstrated his best abilities and scored the debuting goal in Real. Unfortunately, he failed to become the leading player of the team and joined a new club in the following season.

The German team Bayer 04 Leverkusen did not hesitate to spend money on the talented player: the transfer cost was €16 million. Two years later, in 2017, Chicharito joined West Ham United for €18 million.

Apart from playing in the best world clubs, Chicharito performs for his native country’s team. The player had his first match against the Columbian team in 2009; two years later, he scored two goals and helped the Mexican team won in the game with Bolivia. In 2010, he participated in the FIFA World Cup. It is interesting that the sportsman’s grandfather and father took part in World Cup games (the grandfather played in 1954, the father appeared on the field in 1986). It is the first case in the history of the world’s soccer when three generations of the same family performed in the World Cup.

In 2017, the man began to prepare for the new World Cup. Chicharito improved the Mexican national team’s statistics so that the team got to the play-off. Besides, the match between Mexico and Portugal was memorable; it was a draw. Two players became the heroes: Cristiano Ronaldo did a corner pass and opened the game with his goal, and Chicharito managed to even the score.

Chicharito’s personal life has been as bright as his soccer career. The athletic man (his height is 175 cm.; his weight is 71 kg.) has never lacked women’s admiration. In 2016, the media reported on Javier’s affair with Lucia Villalon, the sports news presenter. Some magazines even informed about the young people’s upcoming wedding, but the couple never married officially.

At the beginning of 2017, the Internet and sports journals published the photos of Chicharito and his new girlfriend. It was Camila Sodi who is as famous as her lover in their country: she is a singer, movie and series actress, and high society chronicles figure. The couple preferred not to talk about their future relationship development. However, the stars posted their photos together on Instagram and other social networks. Camila has two children from the previous relationship.

Unfortunately, this relationship reached a deadlock. Today, many media try to guess what the sportsman’s new affair will be like: the soccer player is dating the Spanish actress Andrea Duro.

In addition to the player’s private life, the press often discusses his earnings, and Chicharito’s Twitter posts are frequently quoted. In 2012, Javier surprised his fans by the twit where he said he admired Muhammad but emphasized he was not a Muslim. The man is a Catholic and even prays on the field before important matches.

In 2018, the public attention is concentrated on FIFA World Cup in Russia. In the first game, the Mexican national team managed to defeat the Germany team. The match was emotional: the opponent spent much time on the Mexicans’ side of the field which kept fans in suspense. However, the Latino-American team overcame the pressure and won; the score was 1:0.

In his interview, the sportsman underlined the team was calm and confident. According to the player, the Mexican team wanted to go to the final.

“It’s unacceptable to be defeated by Korea and Sweden and come back to Mexico,” said the sportsman.

Javier Chicharito Hernandez’ Net Worth. Having played for some of the most important clubs in the world such as Real Madrid and Manchester United, Hernandez has reached a great point in his football career. Hence it is not surprising that he has a net worth that is estimated at $17 million.