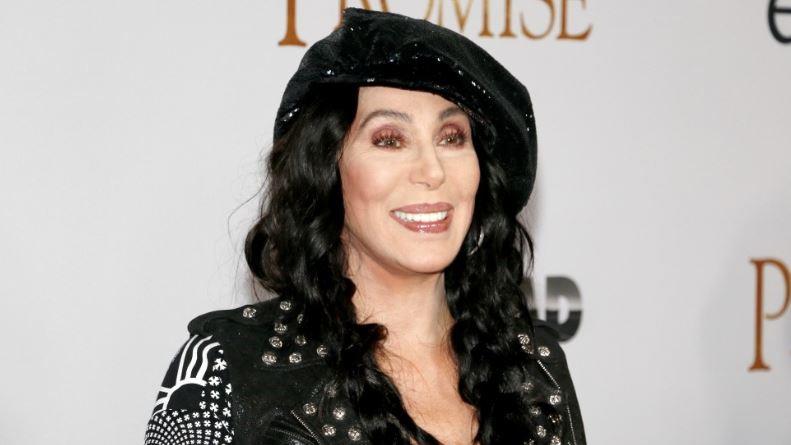 Cher is an American singer, actress, author, businesswoman, comedian, dancer, fashion designer, model, philanthropist, record producer, songwriter, and television host. She has so many fan following that she is called as the Goddess of Pop. In 2002, she won Billboard’s Artist of the Year Award.

The 72-year-old was born on 20th May 1946, in El Centro, California, United States. Her birth name is Cherilyn Sarkisian. She has a mixed ethnicity of Armenian, English, German, more distant Irish, Dutch, and French and her nationality is American.

Her mother’s name is Georgia Holt and father’s name is John Paul Sarkisian. Her dad was a truck driver with drug and gambling problems and her mother was a singer, songwriter, actress, and model. She has a half-sister, Georganne LaPiere, and a brother.

When she was ten months old, her parents divorced. She was inspired by her mother during her childhood. But her mom was financially unable to take care of her so she was given for the foster care. Her mom remarried to John Southall.

Cher is single according to the records. Even if she is in a relationship, there is no information about her dating affair.

Previously, she has been married twice. Her first marriage was with Sonny Bono, an American musician, singer-songwriter, producer, actor, and politician. They tied the knot on 27th October 1964. They had an amazing career together but divorced in 1975.

Prior to Sonny, she had an affair with an American singer-songwriter and musician, Gregg Allman. They took vows on 30th June 1975 and separated in 1979.

you can also read: Childhood,Biography & Facts of Helene Reynolds

She attended Fresno High School and Montclair College Preparatory School. Later, she went to a private school in Encino.

Since her school days, she was very enthusiastic about music and she used to organize a group of girls, directing and choreographing. When she was in the fifth standard, she produced a performance Oklahoma! for her teacher and class.

Cher was known for having a distinctive way of singing, unlike other singers. In 1965, she gained more popularity and became renowned by masses. She tied the knot with the folk singer, Sonny. The husband-wife duo sang a duet song, I Got You, Babe which became viral and loved by the audience, the song was ranked No. 1 in American and British charts.

Her solo hits are Bang Bang (My Baby Shot Me Down), Gypsys, Tramps & Thieves, Half-Breed, and Dark Lady, etc. In 1970, her show, The Sonny & Cher Comedy Hour was the primetime show and became the show watched by 30 million people weekly.

Her fashion also became the trend setter. But in the year 1975, the it couple, Cher and Sonny separated legally.

After a long break, she made a comeback in 1979 with her disco album, Take Me Home. Later, she showed an interest in Broadway and did Come Back to the Five and Dime, Jimmy Dean, Jimmy Dean.

After broadway, she acted in the movies like Silkwood in 1983, Mask in 1985, and Moonstruck in 1987. Her acting and the movies were critically acclaimed as well. She was also awarded the Academy Award for the Best Actress.

you can also see: Childhood, Biography & Facts of Heidi Klum

She has won several international awards to date. Some of the biggest awards she has won till now are Grammy Award, an Emmy Award, an Academy Award, three Golden Globe Awards, a Cannes Film Festival Award, a special CFDA Fashion Award, and a Kennedy Center Honors prize.

Her albums and songs have been the highest selling ones, she has also done a lot of endorsements. She has an estimated net worth of $305 million and her salary is unknown.

Rumors were that Cher would be cast for the lead role of the superwoman Catwoman. Later, these rumors came out to false after Halle Berry was officially announced to play the lead role.

She has always been in news and controversy with her lifestyle, including her tattoos, plastic surgeries, exhibitionist fashion sense.