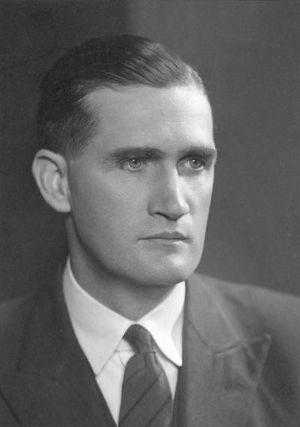 The Childhood,Biography,Net Worth, & Facts of Bob McEwen

Who is Bob McEwen?

Robert D. McEwen (born January 12, 1950) is a lobbyist and American politician of the Republican Party, who was a member of the United States House of Representatives from southern Ohio’s Sixth District, from January 3, 1981 to January 3, 1993.

Tom Deimer of Cleveland’s Plain Dealer described him as a “textbook Republican” who is “opposed to abortion, gun control, high taxes, and costly government programs.” In the House, he criticized government incompetence and charged corruption by the Democratic majority that ran the House in the 1980s.

McEwen, who had easily won three terms in the Ohio House, was elected to Congress at the age of thirty to replace a retiring representative in 1980 and easily won re-election five times.

After a primary battle with another incumbent whose district was combined with his, McEwen narrowly lost the 1992 general election to Democrat Ted Strickland. Following a run in the adjacent Second District in 1993,

McEwen was largely absent from the Ohio political scene for a decade, until in 2005 when he sought the Republican nomination for Congress in the Second District special election to replace Rob Portman, who beat him in 1993, and finished second to the winner in the general election, Jean Schmidt.

McEwen’s 2005 platform was familiar from his past campaigns, advocating a pro-life stance, defending Second Amendment rights, and promising to limit taxes and government spending.

Seal of the U.S. House

In Congress, McEwen, who “had a reputation as a man who thinks about politics every waking moment,” claimed Congressional Quarterly, was a staunch conservative, advocating a strong military.

In addition, he was a strong advocate for government works in his district — dams, roads, locks and the like much as Harsha had been — as McEwen was on the House’s Public Works and Transportation Committee.

The Chillicothe Gazette would salute him for his work on funding for U.S. Route 35, a limited access highway linking Chillicothe to Dayton. In general, however, McEwen advocated reduced government spending.

A vehement anti-Communist, he visited Tbilisi in the former Soviet Republic of Georgia in 1991 to help tear down the hammer-and-sickle iconography of the Communist regime.

That year he also called for the House to establish a select committee to investigate the Vietnam War POW/MIA issue – whether any soldiers declared “missing in action” in the Vietnam War and other American wars were still alive – by sponsoring H. Res. 207

McEwen was caught up in the House banking scandal, which had been seized upon by Newt Gingrich, a like-minded conservative House Republican, as an example of the corruption of Congress; members of the House had been allowed to write checks on their accounts, which were paid despite insufficient funds and without penalty.

Martin Gottlieb of the Dayton Daily News said “McEwen was collateral damage” to Gingrich’s crusade.
McEwen initially denied bouncing any checks. Later, he admitted he had bounced a few.

Then when the full totals were released by Ethics Committee investigators, the number was revealed to have been 166 over thirty-nine months. McEwen said that he always had funds available to cover the alleged overdrafts, pointing to the policy of the House sergeant at arms, who ran the House bank, paying checks on an overdrawn account if it would not exceed the sum of the Representative’s next paycheck.

In 1991, McEwen had also been criticized for his use of the franking privilege and his frequent trips overseas at taxpayer expense, but McEwen defended the trips as part of his work on the Intelligence Committee and in building relationships with legislatures overseas.

Defeated in the general election

The old Sixth District was centered in southwestern and south-central Ohio around McEwen’s hometown, Hillsboro. After redistricting, McEwen found himself running in a huge area stretching from Lebanon to Marietta. This new district was very difficult to campaign in.

It spilled across six media markets, meaning that McEwen had to buy ads in cities where most of the viewers couldn’t vote in the district. It also lacked any large cities and possessed few unifying elements. His Democratic opponent was psychologist Ted Strickland, whom he had defeated in his initial run in 1980.

After his defeat, McEwen remained active in politics, but press accounts said he spent most of his time in the Washington, D.C., area residing in northern Virginia.[46] Since 1997, he has been a partner with eleven other former Members of Congress in the Washington firm Advantage Associates, a lobbying and consulting firm.

He founded FreedomQuest International, an international investment banking firm based in Washington, D.C. McEwen took to the lecture circuit, delivering speeches for $10,000 apiece.

During the 2004 presidential election, McEwen traveled widely to speak for George W. Bush, focusing on Ohio. In 2006, he joined the law firm of Greenebaum, Doll, and McDonald as a consultant in its Cincinnati and Washington offices.

As executive director of the Council for National Policy, McEwen was embroiled in controversy over inaction of alerting the Ohio Republican Party about Wes Goodman’s sexual activities in 2015 before Goodman ran for office of the Ohio House of Representatives. Goodman resigned from his seat in November 2017 when allegations were made public.

you can also read : Childhood, Biography & Facts of A. Edward Newton