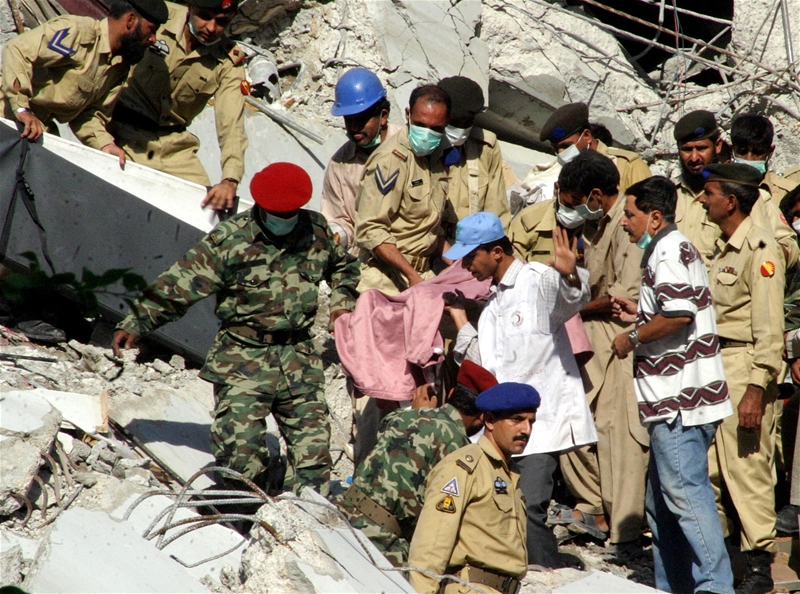 A powerful earthquake of magnitude 7.2 shook southwestern Pakistan on Wednesday, jolting residents of cities as far apart as New Delhi and Dubai, but doing little damage in the sparsely populated region.
The quake was more than 80 km (50 miles) underground, close to the town of Dalbandin in Baluchistan province, near the Afghan and Iranian frontiers, the U.S. Geological Survey (USGS) said.
Akbar Durrani, interior secretary of Baluchistan province, said there were no reports of casualties.
“There has been partial damage to house in villages near Dalbandin but there were no casualties,” he told Reuters.
Naeem Shah, head of Dalbandin police, said he had no reports of any injuries or deaths.
“There were no human losses,” Shah said. “The walls of a few houses and offices collapsed but there are no reports of any casualties.”
The USGS said the epicentre of the quake, which struck at 1:23 a.m. (2023 GMT on Tuesday), was 55 km (34 miles) west of Dalbandin, a town of about 15,000 people, and at a depth of 83 km (52 miles).
Poor communications delayed reports from the remote area but despite the strength of the shock, its depth seems to have limited damage. The USGS had first said the earthquake was much shallower.
People in India’s northwestern border state of Rajasthan said cracks appeared in the walls of rural dwellings.
U.S. forces in Afghanistan were unaffected by the quake, according to preliminary reports from the U.S. military.
PEOPLE FLEE THEIR HOUSES
In Quetta, the capital and largest city in Baluchistan, 330 km (205 miles) northeast of the epicentre, a woman died at a hospital from a heart attack following the quake, hospital officials said.
In the major Pakistani port of Karachi, 400 km (250 miles) away, people rushed from their homes as the quake hit.
“I felt like my bed was shaking. I got up and ran to check the children,” said Masooma Rizvi. “It was very scary. I have never felt anything like this before.”
The Pacific Tsunami Center said the quake had not triggered a tsunami in the Indian Ocean.
A major quake of this magnitude, if at a shallow depth and close to population centres, is capable of causing widespread and heavy damage. Pakistan is still reeling from devastating floods last year that left more than 10 million people homeless.
At least 160 people were killed when a 6.4-magnitude earthquake struck Baluchistan, about 60 km (37.3 miles) north of Quetta, in October 2008.
In 2005, a 7.6 magnitude quake 95 km (60 miles) northeast of the Pakistani capital of Islamabad killed more than 70,000 people.
A 7.7-magnitude earthquake in 1935 hit Quetta, killing between 30,000 and 60,000 people, making it one of the deadliest quakes to hit South Asia in recorded history.