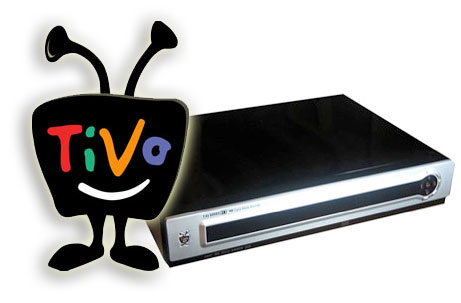 TiVo is a consumer video device that allows end users to capture their favorite television programs to an internal hard drive. Since its introduction in 1999, TiVo has attracted an ever-growing number of clients. Although TiVo is, in fact, very similar to video recorders, the technologies it employs are complex and sophisticated, allowing more freedom of choice and better selections to be made by the user. The device not only records the programs that the user specifies but also presents other related material that is of potential interest.
All the information is stored on a non-removable hard drive, which offers plenty of space. You can record up to 140 hours on your TiVo, selecting the exact programs that you are interested in. The box then does its job recording everything you wanted while you are “out living life”, as TiVo makers state. Additional features include the fact that you can pause a live show being recorded and replay it. The user also has the option of “time shifting” a program – viewing it without waiting for the recording to complete. Another useful feature is the slow motion mode, which enables you to watch that favorite sports scene over and over in great detail. You also have the option of searching a show by title, actor, genre or keyword, bringing the TiVo experience closer to the realm of the World Wide Web. And speaking of the Internet, you can set up the recordings on line as well. The device was quickly accepted by viewers in USA and Great Britain, where this service is available. Today the company has around 5 million subscribers in America for its Tivo service.
The TiVo box is easy to set up and works with antenna, cable, digital cable, satellite or any other combinations. You also need to activate the TiVo service, which enables you usage of the box and grants you access to all the device’s features. TiVo’s creators were TiVo Inc., a company started by Time Warner’s Full Service Network and Silicon Graphics. To find out more about TiVo go to their website at www.TiVo.com .
There is no doubt Tivo has expanded the arrey of choice of entertainment in the American living room. It has been a great addition, especially for the busy way of American life as it has given them an added way to organise their living.