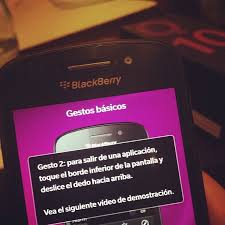 The release of the BlackBerry Q10 represents something of an innovation in smartphones. It features the now omnipresent touch-screen, of course, but it’s also the first time the company has combined its famous QWERTY keyboard with the new BlackBerry 10 OS. This offers potential for some time-saving shortcuts that might not be found on other devices. The full list of keyboard shortcuts is a long one, and may seem overwhelming to a first time user, but there are more than a few you that you will end up using over and over again. Let’s take a look at a few of the most useful shortcuts for the Q10’s keyboard.

If your job means you regularly have to engage in public commentary, or you simply want to keep your friends updated on your news, social media is a boon. Updating your statuses is now remarkably easy with the Q10’s keyboard: on the Home screen, type ‘fb’ followed by your status, then press post, and your Facebook status has just been updated. Other shortcuts include:

All of this can be done straight from the BlackBerry Home screen, without having to open any apps. It’s a great time-saver for socialites on the move.

If you’ve chosen a phone with a physical keyboard, chances are you intend to do a lot of typing –whether it’s messaging, sending emails, or making and editing documents. The Q10 does its best to make typing a simple affair, through the use of – you guessed it – shortcuts!

The same principles apply: from the Home screen type ’email’ for an email, ‘text’ for a text, and so on. Basic word processing functions are also covered:

For uncommon characters or symbols, just hold the relevant letter (e.g. ‘c’ for ©), and a list of relevant symbols will appear. From there, just use the touch-screen to select the one you want.

Voice Control is one of the features that people are using more and more on their smartphones these days, and this function is easily accessed via the Q10’s keyboard. Just hold down the ‘0’ key and Voice Control will open, allowing you to perform a variety of functions through voice commands.