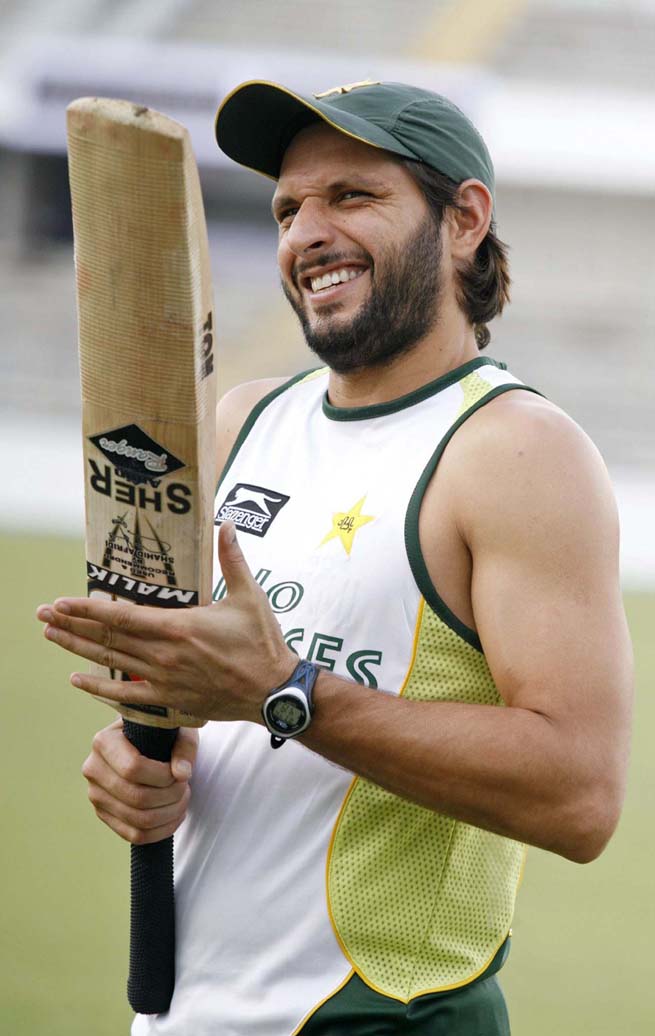 Karachi, Jan 31 In a public poll conducted by a leading media group in Pakistan, national team”s one-day captain Shahid Afridi has got overwhelming support from the people to lead the side in the 2011 World Cup, starting from February 19.
The “Express” media group had conducted a poll in which they asked people who they thought should lead Pakistan in the World Cup — Afridi or Test captain Misbah-ul-Haq.
The results published today showed that an overwhelming majority of 94 per cent feel that Afridi is the best choice to lead Pakistan in the mega-event, while Misbah, who recently led Pakistan to their first Test series win in four years, got just six per cent votes.
“The results show that majority want the flamboyant allrounder to be retained as captain in the World Cup and the Pakistan Cricket Board (PCB) should now understand this clear message,” former Test captain Moin Khan said.
Interestingly, there are already indications from the board that after the initial decision of not announcing the captain for the World Cup earlier this month, the PCB has also now decided to go with Afridi.
PCB chairman Ijaz Butt today said from New Zealand that the World Cup captain would be named on February 4.
Butt, who was due to return home from New Zealand on February 7, has cut short his visit and will now return to Lahore on February 3.
Sources in the board confirmed that Butt had met with the players of the national team in New Zealand and also the team management.
“He held a long meeting with Afridi and Misbah after some players conveyed to him that they were not happy with Afridi”s habit of criticising them publicly in the media after every lost match and that this had a negative effect on the team spirit,” one source said.
“Butt had a long talk with Afridi and told him in clear terms that he needed to improve his behaviour and stop this habit of giving unnecessary media statements about his teammates. Afridi was told that if he can control this habit and understand the grievances of his teammates, he would be retained as World Cup captain,” the source stated.
The source also added that the team management had advised Butt against changing the captain at this stage ahead of the World Cup.