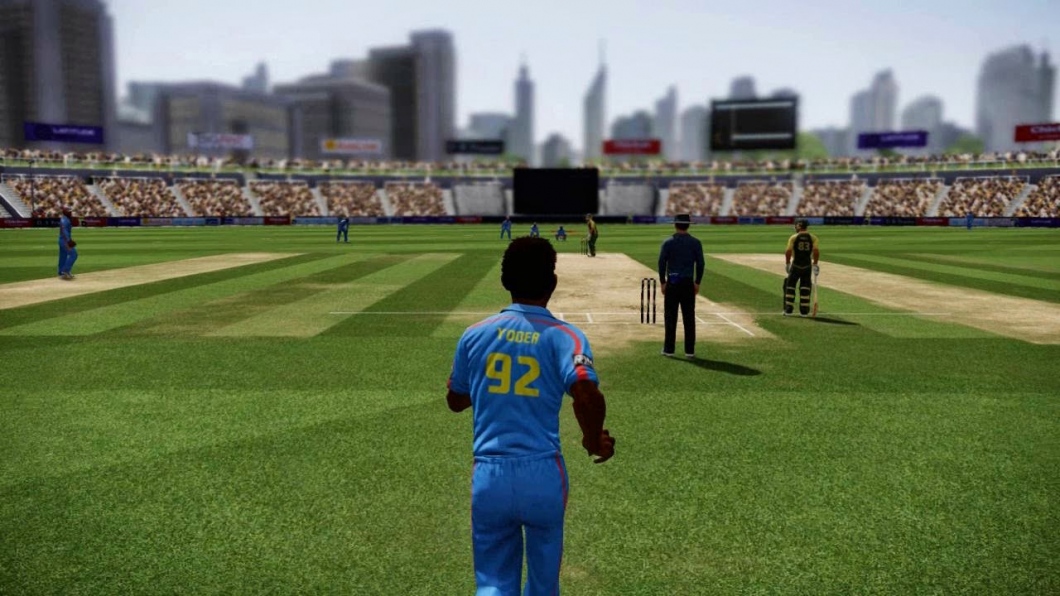 Cricket well known game its going crazy all over the world in these days.  There is no age limit to watch this game. Everybody starting from children to old people watch this game. Not only watching, people go crazy while they play this game on PC with (HD) High Definition.

This game is featured with HD graphics and intentional teams in it (Australia, India, England, South Africa, Sri Lanka and more teams. The developers brought the feel of playing a real cricket with commentary people crowd and pitch perfection with all different camera designing.

You can choose any team as your team and starting playing with another one.

You can download this game in its own official page.

The same as the earlier version with all High definition.  You have more options and some additional features are involved compared to the 2005 version.  You can choose foot choice, shot direction, power and timing. Advanced options like going front foot, bend, leaving bounce ball, hitting Direction shots are played with specific joystick options.

This game was developed by transmission games and powered by code master in the UK and Atari in Australia. This game is featured with bowling and pitch perfect batting with all directions. This shows the replay of the game, and also featured with Hawk-Eye visualization in it. This video game also has a sequel Intentional Cricket 2010 was released in 2010.

Cricket coach 2012 is a leading cricket game all over the world which supports with MAC and Windows configuration. This feature with realistic game play and runs with huge crowded play. It has more 1000 players who brought from entire the world. It is brought by Indian & Australian T20 franchise leagues with complete edition.

The earlier version is also good, which is of Cricket coach 2011 which is released in 2011.

This is an action based cricket game with all same feature in it. You will surely love the game play of it with all your expectations. It gives you the captainship priority and set your field as like you want. There are many visual modes in this game you can jump to comparing to all other cricket video games. You can download this game on its official page.

Only supported in  windows.