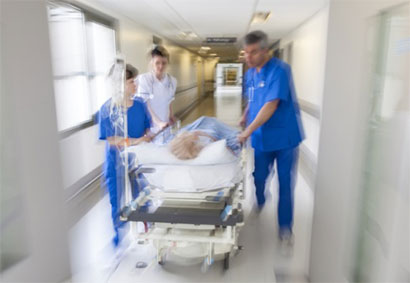 Novel Oral Anticoagulant Xarelto or Rivaroxaban has received approval in 2011 in the US and thus the manufacturer Bayer AG and Janssen Pharmaceuticals has made millions by selling this to the patients who need to prevent blood clots and strokes caused by Atrial Fibrillation, Deep Vein Thrombosis, and Pulmonary Embolism. Xarelto is also used to avoid forming blood clots in the lower limbs after hip or knee replacements surgery. But the fact is that the drug is quite dangerous, and it may cause unmanageable bleeding that can’t be stopped due to unavailability of any antidote to annul its side effects. And the worst part of this issue is that the manufacturer does not provide a strong warning label about the possible drug complications and that put off the doctors from understanding the actual threats related to the use of this drug amply. Thus, as a negative outcome lots of people have suffered and still suffering from the ill effects of this medication.

Xarelto Lawsuit to Support You

In such a situation when people suffer a lot from the Xarelto side effects they can file a grievance against the manufacture pharmaceutical companies holding them responsible for the damage the person has been suffering from. It is not that new but a number of people have already filed Xarelto Lawsuit against both the Bayer and J&J as they never notified the patients accurately about the risk that the medication may cause. Thus, in that case, there is no other option without filing a lawsuit to get appropriate compensation for all the damages one have gone through. A lawsuit against Xarelto side effects includes all the financial loss, emotional hurts, and even the death. Most of the time, the claimants’ principal allegations in the lawsuit include negligence and improper warning.

There are few reasons for what Xarelto medication has become popular within a shorter period and on the other hand caused severe losses as well. But the foremost reason is undoubtedly the difficulties of taking old-generation blood thinners like Warfarin. The most notable drawback of Warfarin therapy is the frustrating dietary limitations, constant dosage adjustments, and weekly blood test. On that scenario, Xarelto medication became biggest selling drug to prevent blood clot for its unique one-size-fits-all dosage. Besides this, it also gave patients freedom from any long-term any monitoring, check-ups and dietetic limitations.

Though this medication became famous initially but it showed its dangerous side very soon. Unfortunately, many people have suffered from the dreadful effects of the Xarelto medication with uncontrollable bleeding and even to death. Actually, Xarelto has a very low medicinal index and most importantly the safe dose of the drug is quite close to the point where the drug starts fetching toxic. In contrast, the “one-dosage-fits-all” model of this drug has made one more ground that caused the medication threatening for people with different health conditions as well as varied resistance. And last but not the least is the unavailability of any remedy of the drug in case of severe side effects. Thus, these drawbacks have caused enormous Xarelto Lawsuit filing in recent past to get maximum compensation for various losses that people have faced.