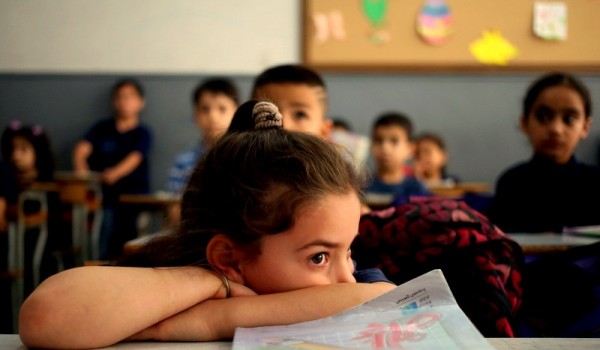 Harvard University and the Environmental Protection Agency have undertaken independent studies regarding the presence of toxic industrial chemicals present in U.S. schools. The results of the research is before the United States Congress for review. The results of the study have experts, parents, school administrators, and elected officials alarmed.

PCB is the abbreviation for polychlorinated biphenyls. PCBs were considered so dangerous that they were banned all together in the 1970s by the U.S. Congress and the President of the United States.

Prevalence of PCBs in U.S. Schools

The Harvard and EPA studies suggest that as many as 26,000 U.S. schools have some level of PCB contamination. An estimated 14 million children are thought to be exposed to dangerous PCBs as a result.

PCBs were manufactured by Monsanto from the 1920s into the 1970s, when they finally were banned by Congress. PCBs were used in a variety of applications that included:

Over the course of a number of years, and through a variety of research studies, PCBs have been deemed responsible for an array of different types of diseases and health conditions. These include:

Monsanto learned nearly immediately after PCBs were used in consumer products of different types that they were hazardous. Monsanto elected to conceal information about the hazards of PCBs from the public for decades.

Any school build between the 1950s and into the 1970s is likely to test positively for PCBs. With that noted, despite how hazardous PCBs are to humans, and despite their ubiquitous presence in schools built during this time period, the EPA does not require testing for the presence of PCBs.

School children face exposure to PCBs in a variety of ways, including paint and caulk containing PCBs as well as old fluorescent light fixtures. Children can also come into contact with PCBs that are included in floor finishes from the era. In addition, PCBs leach into the soil surrounding these schools.

At the present time, regulation surrounding PCBs at schools is virtually nonexistent. This includes regulation related not only to testing for PCBs in schools, but removing it in order to better ensure the safety of children and teachers.

Monsanto has been frequently in the news the past decade regarding genetically modified food products. The company has not been in the news in regard to PCBs.

Monsanto has been sued numerous times, in a number of states, based on allegations of causing intentional environmental contamination. None of these lawsuits against Monsanto have been successful as of this time.

A growing number of individuals, and groups like America Unites for Kids, are calling for Congress to take action in regard to the presence of dangerous PCBs in schools across the country. Congress has made some tentative steps to begin considering the issue regarding PCBs in schools.

Mark Sadaka from Sadaka Associates, the leading Hazardous Chemical Attorney, has a national practice and works with clients from New York to Alaska.