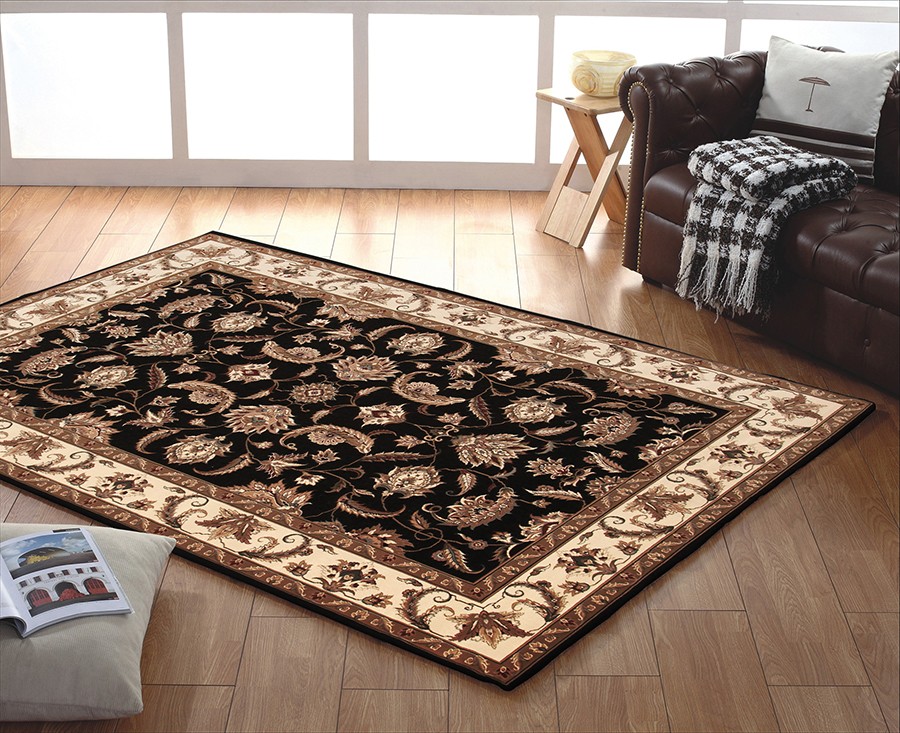 It would be quite difficult to say when exactly people have started weaving carpets. We know that they were initially produced by nomads who lived in tents and needed something to sleep on. Nomadic people used sheep and goats to provide the wool and used natural dye they got from minerals and plants. When they started using these natural dyes, they have found another use for these rugs – decoration.

Ever since then these rugs have been produced massively. When it comes to home décor, there’s nothing more effective and eye-caching than the right rug. There are places around the world such as Tibet or South-western Bulgaria where women embroider so beautiful and detailed landscapes on rugs so they look almost as if they were real. Some manufacturers are still using traditional approach despite the fact they can simplify the process by using machines.

Most of traditional rugs are actually hand-made and everything is done like when they were first started to be produced millenniums ago. The first thing that has to be done is carding. That is where raw wool is opened and separated. All the fibres are then placed in the parallel position in such a way that none of them gets intermingled. That’s where the magic starts.

Spinning is the next part of the process. The wool that has been carded is spun into yarn in different ways. The wool is then dyed. This is another point in the process where traditional ideas are used. Dyes used for rug-making are still created from the plants such as mulberry, indigo, walnut and camellia tree. Once the wool is dyed, it has to be dried as well, before the weaving can begin. Wool is usually placed in mild sun or in a shadowy area with a lot of wind. That is the best way to get the wool dried and ready for weaving.

Weaving and Finishing the Process

Rugs are still woven on the vertical loom made out of wood or iron. There is a vertical thread which acts like a skeleton of the whole rug. Weavers follow the map of the design and pay much attention in order to get the right size and shape of the carpet. Each row is woven carefully until the whole rug is finished. Once it is woven, the rug has to trimmed and washed. The only thing left to do is to stretch it a bit and the rug is ready for sale.

At Zado the whole process is done in both traditional and modern way. There are many different designs that this company has to offer from a classic  Persian rug with oriental motives to modern ornamental rugs with abstract geometry. Whichever option you choose, you are guaranteed to have a beautiful and quality rug, a perfect match for your house.