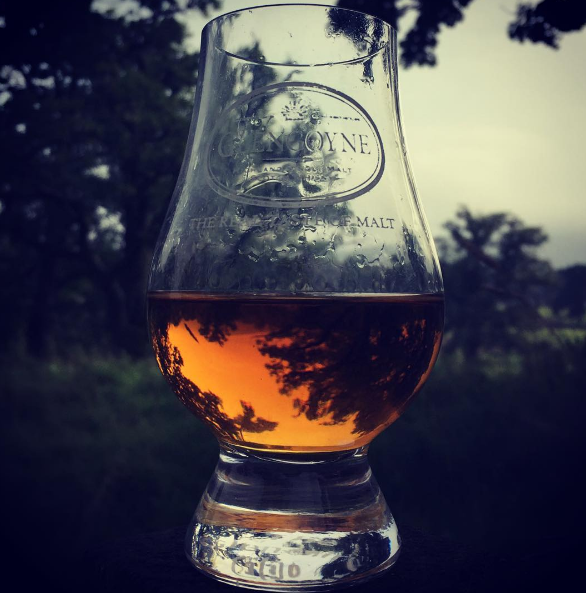 We all know the feeling. It’s been a long day, a long week, or even a long year, and finally you get to sit down and relax. Many of us delve into a good book, others paint or write, and yet others simply sit and think back over the past events. One commonality between almost everyone though is that we will all reach for our favourite drink. When we have these little, glorious, delicious free moments, it’s satisfying to be able to enjoy it with a little tipple.

Whisky in particular is known for being enjoyed during these brief snapshots of time. Whether reflecting on the hard day just past, raising a glass to toast at a wedding, or drinking a dram in the small hours of the night in memory of a departed friend, whisky is a spirit appropriate for any occasion. Islay whisky  stands out for these occasions due to it’s distinctive peated flavour. Here we discuss the joys of Islay whisky, with a view to some malts in particular.

The Characteristic of Islay Whisky Islay is a rocky island off the Southern cost of Scotland, home to less than 4,000 people – with around a quarter speaking gaeling – and most likely a larger number of sheep. While the island’s main industry may be agriculture, it’s not it’s wool that it’s known for; it’s famous for it’s Islay whisky, of which some of the distilleries have been there for more than 200 years.

Islay whiskies are, almost without exception (looking at you Bruichladdich), big of flavour; these drams are bold, defiant, and very much an acquired taste. If you are looking for a light, smooth, silky whisky, look elsewhere. Islay whisky has a reputation for being a “peat monster” in reference to the peat – combustible dirt, almost like early stage coal – that covers most of the island. The peat fuels the fire that roasts the barley used in the malt-making process, which in turns the whisky with it’s distinctive flavour, reminiscent of a seaside campfire or a long week at sea on the fishing boats: smokey, a slight hint of salt and seaweed, earthy tones, and a slight medicinal tinge.

Having said this, Islay whiskies aren’t just peat and smoke and firey, tastebud killing madness. The distilleries display a fantastic variety in their malts, with subtle and not-so-subtle distinctions between all of them. At present, there are only 8 distilleries active on the island, but each produces a unique and distinctive whisky; in many cases, they produce more than one.

Without further ado, let us have a look at some of the Islay whisky that comes off the rocky isle. 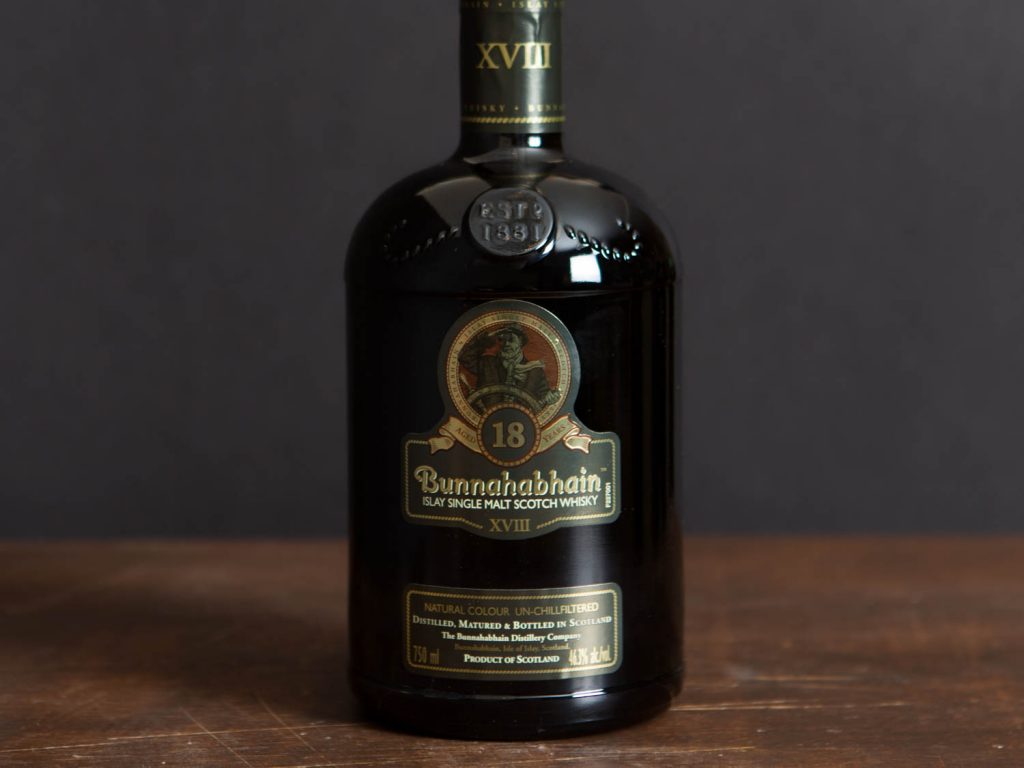 Bunnahabhain (pronounced “buhn-ah-HA-vhen”) has, until recently, been one of the quieter competitors to produce Islay whisky. The reason for this is simple: it’s Islay whisky was used for blends for the other distilleries.

These days, however, Bunnahabhain is a powerful force in it’s own right. The Bunnahabhain 18 is a great example of the change; in recent years it has lost it’s caramel colouring and chill filtration that were used to make it look more appealing. The result is an Islay whisky with so much more character, one that has gone from good to great.

The Bunna 18 is matured in a mix of barrels that have held both sherry and bourbon. As a consequence, it’s a near bottomless well of intense wine and raisin flavours, along with a caramel sweetness and nutty undertones. There is also just a hint of smokeyness, as the Bunnahabhain whiskies are known for being lightly peated, and the quintessential Islay whisky flavour of sea spray. Quite simply a delicious and accessible style of Islay whisky.

If there were a whisky that embodies the essence of Islay whisky in a dram, it is this whisky. The Lagavulin 16 (pronounced “lah-gah-VOO-lihn”) showcases exactly what Islay whisky is all about. It has a slightly sweet and woddy opening, quickly followed by the punch of dense, pungent peat and campfire smoke. To me, there’s also a hint of wet sheep wool, but that may just be my brain playing tricks.

If you leave the nip to linger on the tongue, you will quickly identify notes of iodine and seaweed. This is as close are you’re going to get to being on the rocky shores of Islay without actually walking along it’s shoreline. That said, the Lagavulin 16 is not all seaweed and seaspray. Beneath the surface lurks the dark fruit flavours of tart plum and dried apricot, with luxurious coffee and dark chocolate notes on the finish.

This behemoth of an Islay whisky is not for everyone, but if you get past the initially high flavour barriers, it is a divine uisge beatha (try and attempt that pronunciation without my help).

To finish with another household Islay whisky name, we take a look at the Laphroaig Quarter Cask. While Lagavulin tend to stick to the tradtional expression of Islay whisky, Laphroaig (pronounced “lah-FROYG”) tends towards the experimental. There are new bottlings of Laphroaig bottling up faster than you can say “slainté” (SLANJ, Gaelic for Cheers”), each one with different methods and lengths of aging.

The classic Laphroaig 10 is another stable of many whisky collections, either in bars or private residences. The Quarter Cask, however, is something magical. After aging in standard sized bourbon barrels for 5 years, the whisky is then transferred to a barrels quarter the size to finish, hence the name.

The theory is that by putting more of the whisky in contact with the wood, it will age faster. For many whiskies this results in a raw, harsh, unbalanced feel, but Laphroaig manage it beautifully. The result is a exciting, vibrant malt quite unlike anything that has come before.