People have long said that a recession is a good time to start a business, and now that we are a few years removed from our most recent economic downturn, it looks like the businesses that were started in the thick of it and survived are doing pretty well. One example is the bourgeoning tech scene in Indianapolis.
Companies that were once held in broken down warehouses are now expanding into commercial rental properties and helping contribute to the positive outlook for commercial real estate—one of the industries most besieged by the economic collapse—in 2012.
Welcome to Indianapolis
The city recently gained exposure as the home of Super Bowl XXVI and has been alternately called the “fastest growing Cybercity in the Midwest” and a “city that sprouts from the prairie like a bouquet of corn stalks.” It’s also becoming a lion’s den for tech companies, many of which were started in the recession and are now seeing growth and development. Outsiders may find the tech oasis in the middle of the country baffling, but those who live here just call it Rack City and it has certainly been racking up accolades:
Forbes named Indy one of the best cities for jobs in 2008. New Geography called it one of the most affordable housing markets. In 2009, Indy ranked as CNN’s top city for recent college graduates. In October of that year, both Money Magazine and Inman News named the city their top choice in the country for investing in real estate rental properties.

The city of Indianapolis has worked diligently to support economic and technological growth. The Indiana 21st Century Research and Technology Fund has contributed to several start-ups, and the state’s Certified Technology Park program advises on relocations and initial leasing. The Purdue Research Park and the Purdue Research Foundation DataStation offer IT companies the guidance and direction they need to open their doors and expand quickly. Finally, a program known as the TechPoint Initiative provides organized networking and entrepreneurial mentors to those founding new companies in the Indianapolis area.

Indianapolis has been the site of so much success for young businessmen and women that the city’s business paper, The Indianapolis Business Journal, annually runs a “Forty Under 40” piece celebrating young entrepreneurs and their accomplishments. The 2012 installment included Scott Brenton, COO of Angie’s List and Matthew Hunkler of Slingshot SEO and now Verge.

The financial successes of Indy IT companies have helped revitalize the downtown area, employ citizens and educate students. Due in part to their successes and the business-to-business transactions, real estate in the city is enjoying enormo 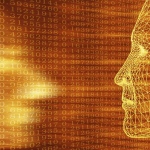