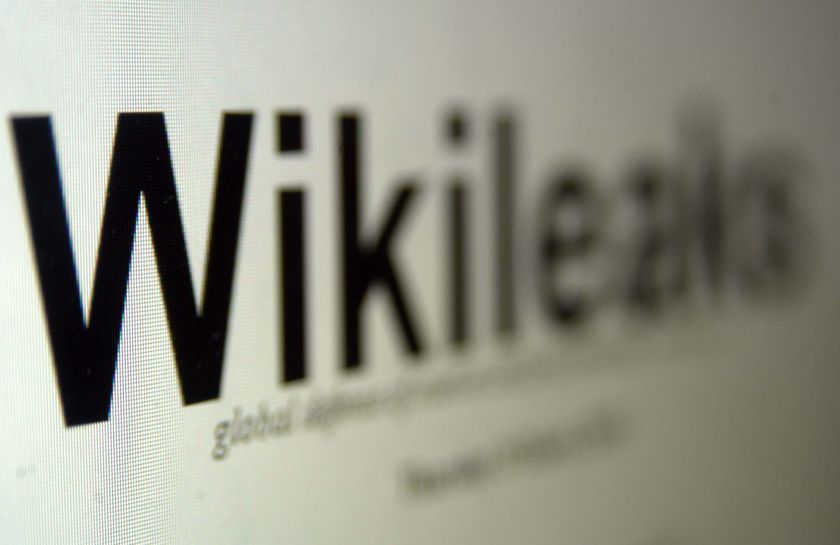 A former Swiss private banker handed over data on hundreds of offshore bank account holders to WikiLeaks founder Julian Assange on Monday, saying he wanted to draw attention to financial abuses.
Rudolf Elmer, 55, headed the office of Julius Baer in the Cayman Islands until he was fired by the bank in 2002. He is scheduled to go on trial in Switzerland on Wednesday for breaching bank secrecy.
Swiss national Elmer handed Assange the data at a news conference at a media club in London. The two yellow and blue discs contain information on around 2,000 banking clients, both individuals and companies, he said, declining to reveal further details on the data.
“Working in the Cayman Islands I realised that something was wrong… I want to let our society know what I do know because it’s damaging our society in a way that money is moved away by financial institutions, multinational conglomerates and high-net-worth individuals, money is hidden in offshore ventures,” Elmer told a room packed with reporters.
Julius Baer has accused Elmer of embarking on a vendetta against the company. Its shares fell more than 3 percent on Monday and traders cited the WikiLeaks link as a potential factor.
VETTING INFORMATION
WikiLeaks will take at least “a couple of weeks” to vet the data before publishing it, Assange said. Vetting will be done by themselves, media organisations and other partners to protect sources.
“We have a four-year publishing history. We have never been wrong … so far as we are aware in relation to anything we have published,” said Assange, who is on bail in Britain and fighting extradition to Sweden where he faces questioning over alleged sex crimes.
WikiLeaks may also hand over some of the material to Britain’s Serious Fraud Office, he added.
In 2007 Elmer became one of the first whistleblowers to use WikiLeaks, which angered U.S. authorities last year by publishing hundreds of secret diplomatic cables it had obtained.
Assange said the data Elmer had provided previously about the Cayman Islands revealed “corrupt practices” and “clear asset-hiding”. He said he expected similar revelations from the new data.
Julius Baer denounced Elmer for waging a campaign to discredit the bank and its customers.
“After his demands (including financial compensation) in connection with the dismissal could not be satisfied, Mr Elmer embarked in 2004 on a personal intimidation campaign and vendetta against Julius Baer,” the bank said in a statement.