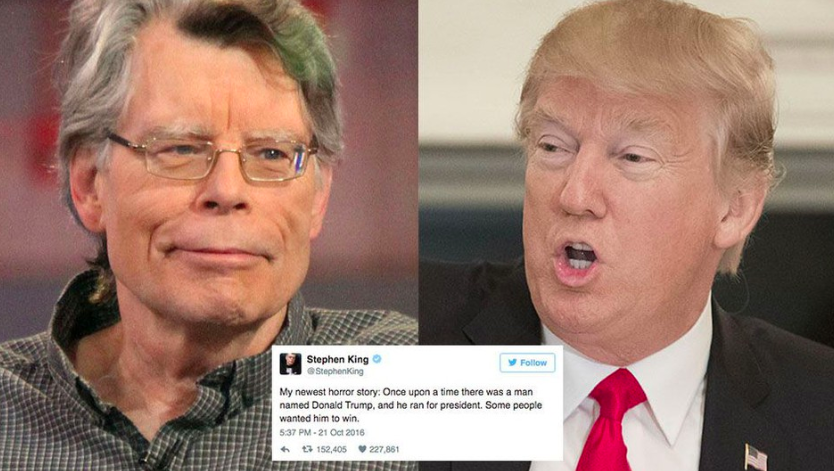 Stephen Edwin King is an American author of novels about horror, supernatural fiction, suspense, crime, science fiction and fantasy. His books have sold more than 350 million copies and many have been turned into movies, television series, mini-series and comics.

The Shining may be scary, but Stephen King thinks something-or rather, someone– is far, far more frightening.

King recently tweeted that president Donald Trump’s tweeting indicate he’s an “almost textbook case of narcissistic personality disorder” and that he’s “worse than any horror story I ever wrote.” I mean, he’s not wrong.

That this guy has his finger on the nuclear trigger is worse than any horror story I ever wrote.

Of course, this is not the first time King has spoken out about Trump. He wrote a not-so-subtle campaign slogan suggestion-“IF YOU’RE WHITE, YOU’RE ALL RIGHT! ANY OTHER HUE, I DON’T TRUST YOU.” Turned out to be disturbing.