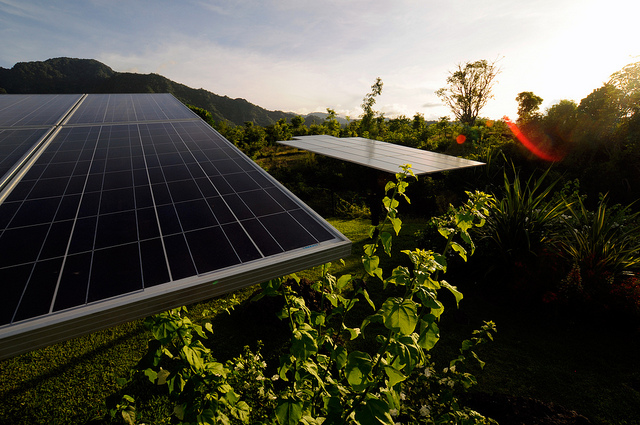 When it comes to solar power, not all countries are made equal. While some countries are just beginning their journey into solar power development, others have been producing solar power for decades, proving themselves to be leaders in the renewable energy cause. This article will explore examples of the countries that are at the front of the pack in embracing greener initiatives and solar energy growth. Research your country to see how it stacks up against pioneers in the industry.

Sunny Spain comes in high on the list of countries with a renewable energy focus. Spain was once the world’s leader in solar energy before Germany took the crown. Though renewable energy has taken a slight backseat since the economic crisis in 2008, Spain still gets about 10 percent of its energy from solar power, five times more than the world average. Additionally, Spain is the fourth largest producer of solar panels, exporting the majority to Germany. This mutually beneficial relationship helps to develop the solar energy industry in both countries.

Japan has been utilizing solar power since the 1990s. Japan in a leader in renewable energy expansion due to their residential solar panel programs that makes it easier to get solar panels installed residentially. In addition to government subsidies, Japan also has a strong solar energy private sector that produces solar panels for countries around the world.

In the US, solar energy availability often depends on both state and federal legislation. Interest in solar energy is rising in the US due to increased electricity costs and well as high levels of sunshine (although direct sun is not actually a requirement for functioning solar panels). Solar energy varies across the US, with California being the leader in solar power with 60 percent of all solar energy units in the US. Renewable energy development programs, as well as the private companies that help supply them, make it easier than ever to get solar panels for home use.  The US is also a leader in building utility-scale solar power plants that generate electricity for local regions.

Solar power growth is happening all over the world – perhaps even around the corner from where you are now. From government initiatives to a private company’s bottom lines, solar energy is making its way into all facets of society and development. Though there are relative changes over time due to economic setbacks and political maneuverings, solar power remains a goal for many countries globally. It remains to be seen if the current leaders in solar energy will continue to dominate as developing countries push forward with new initiatives of their own. Luckily for all, the sun is not in short supply.