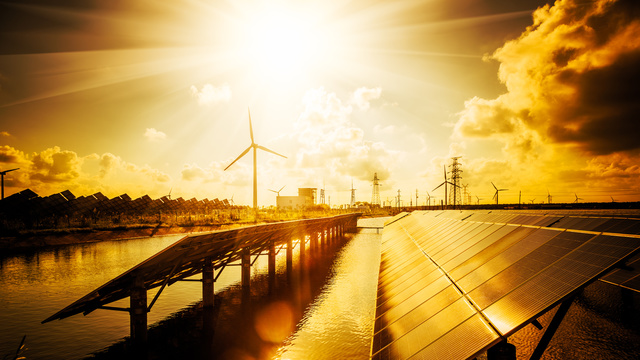 The expansion of solar power has, on the whole, been met with stiff resistance, and in many states, there is yet to be any clear winner in terms of solar policy. Even in more progressive states, the Environment America Research and Policy Center described the situation as the following: “Unfortunately, the success of solar power in these and other states has been threatened by recent attacks by fossil fuel interests and electric utilities on key solar policies such as net metering.” It is, in this way, an issue that is largely driven by business and political interests.

By far and away, the state that uses the most solar power is California. According to the data from the Solar Energy Industries Association, the Golden State uses the sun to collect more than 13,000 megawatts of energy and power more than 3 million homes. California, of course, is a likely location to embrace the promise of solar power. And while some builders may chafe at San Francisco’s newest regulation regarding the inclusion of solar panels, the majority of the population supports these developments and would like more. Even if you disregard the fact that California, in general, and Los Angeles, in particular, has suffered from pollution caused by burning fossil fuels, a market consisting of 39 million consumers is nothing to sneeze at, and the community and it’s legislatures have shown that they are ready for solar.

Although California’s use of solar power is massive compared to the rest of the United States, it helps us understand the factors that make it more likely for a state to tap into this power source. States like Arizona, Texas, and North Carolina, have similarly embraced and incentivized the development of solar energy technologies.

More states are beginning to think along similar lines, with the recent political cycles of New Jersey and Massachusetts addressing energy initiatives along with the typical election-season hijinks. New Jersey has recently passed a bill to require utility companies to source 80% of their electricity from renewable sources. Though the bill still has a difficult road ahead of it, it would give the state the 5th most ambitious Renewable Portfolio Standard in the country. Massachusetts has a similarly aggressive Renewable Portfolio Standard, and has also been offering increased tax grants and other incentives to subsidize solar installations prior to the end of 2011, along with the sale of Solar Renewable Energy Credits, to make the adoption and installation of photovoltaics very attractive to businesses and residents.

While Florida does not yet have it’s own Renewable Portfolio Standard, it does have a net metering program to support billing systems where customers with solar panels are able to sell excess energy back to the grid. Florida legislators have also voted to put Amendment 4 on the primary ballot — a measure intended to give tax exemptions to homeowners for the installation and use of solar technologies.

For the businesses in these states, the opportunity awaits to take advantage of these incentives and lower costs while contributing to a greener future. For government officials, the opportunity awaits to show the public that a greener, more energy-independent America is a priority. For homeowners, the installation of home solar energy systems by companies like Bob Heinmiller Solar in Orlando continue to be a better and better investment, as incentives and opportunities continue to expand around the country.