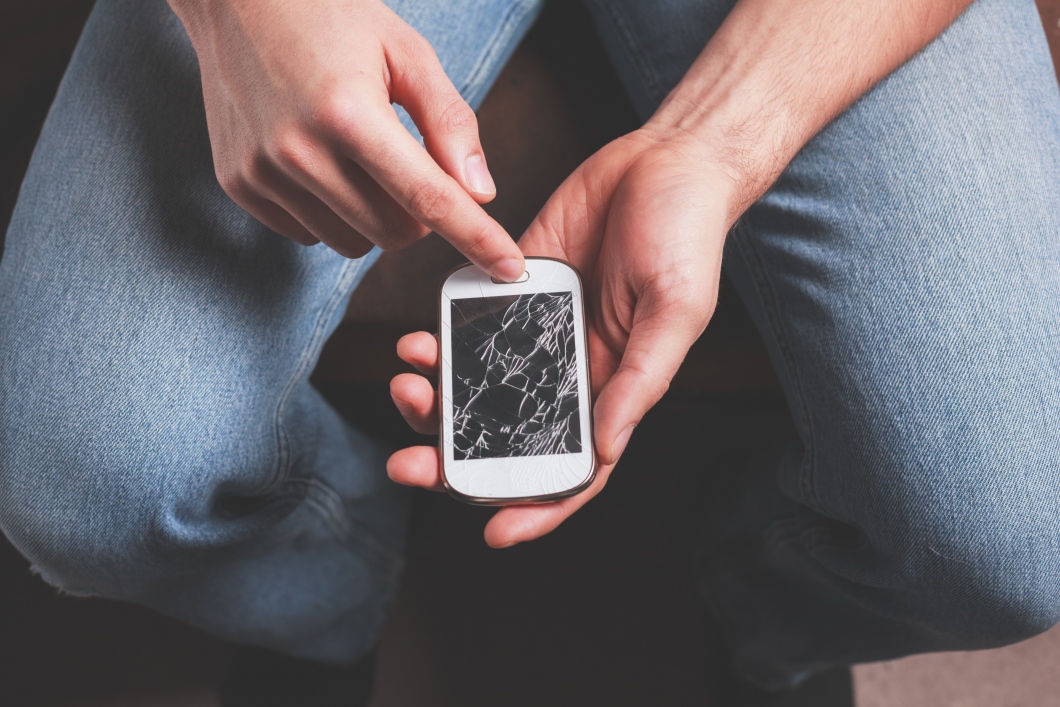 No one likes having to replace a dead or dying smartphone, especially after it suffers an easily preventable accident. Before you trade what you have in to get a new one, however, you should take stock of the situation and see if there’s anything you can still do to try and fix it, as doing so may be cheaper than buying a brand new phone. Here are just a few signs that your phone isn’t totally lost to you, meaning you can save yourself some money compared to the cost of a new phone.

Your Issues Are Isolated

If you’re just having trouble with one feature on your phone, you might be able to fix it without replacing the entire thing. This could also be the case if only one feature or app is causing the phone to crash whenever you try to use it. This is especially true if it’s a single problem snowballing into other problems. If your battery is dying, for example, you might notice sluggish apps, random shut-downs, or intense heat coming from the phone’s hardware. Replacing the battery can solve all of these issues at once. It may also be a single app that’s giving your phone trouble and deleting it will clear up the problems you’re dealing with right away. After all, depending on the model, age, and capabilities of your phone, some apps may be too much for them to handle.

To sum it up, if your phone is having an isolated issue, even if that issue is what’s leading to other problems, solving that issue may be the answer you’re looking for.

The Damage Is Superficial

It’s a bit of a no-brainer that your phone might look awful if it’s taken a battering, maybe after dropping it on the floor one too many times or some other unforeseen accident, but this doesn’t necessarily mean that the damage has affected how the phone functions as a whole. Superficial damage is the least problematic issue you could have with any device, appliance, or object simply because it only really affects the aesthetic of what’s been damaged. A cell phone repair company can easily fix things like cracked screens, missing buttons, cracked casing, and damaged camera lenses very easily, and none of these repairs will mess with how the phone works as a device. Just make sure to talk about pricing before you sign off on the repairs.

Occasionally, it is more financially feasible to replace your smartphone rather than try to save it by making repairs, especially if your model is an older one or the damage is incredibly extensive. After all, it’s not worth something like risking getting glass slivers in your cheek or your fingertips if the screen can’t easily be replaced. Not to mention older models will be harder to find replacement parts for, especially if they’re old enough that the way phones are made has completely changed. As technology progresses, you may be forced to progress with it and that sometimes means leaving technology that’s no longer widely available behind.

You Got It Wet, but It’s Still Working

Contrary to popular belief, smartphones can actually survive a brief plunge into the pool or get doused in the water while in your pocket. The important thing to do in these cases is to take quick action before the water has a chance to do any real damage. The first step is powering it down; even a phone that seems fine can short-circuit later thanks to embedded moisture. The next step is drawing that moisture out however possible. The easiest DIY method for drying a phone is putting it in absorbent materials such as rice, cat litter, or some other kind of desiccant, but the most effective is actually silica gel packets. Put your phone in a bag with the packets and give it 24 – 48 hours to dry. Afterward, boot up your phone to check if it still works. If your phone fails to work properly after that, it may be time to see if a specialist can fix the water damage before considering a new phone.

You Have Screen Issues

This is another one of those problems that can snowball in a way that makes it seem worse than it is. For example, a damaged screen might misread your touch commands and make you think that apps are glitching or keyboards are unresponsive. In reality, these operations are fine, and it’s just the screen damage impacting everything else. If you’ve dropped your phone recently, make sure to ask the techs about your screen.

An old or damaged smartphone doesn’t always translate to a completely unusable one. Unless it’s been smashed to bits or the tech inside has been completely compromised, there’s usually still a possibility of saving the phone and prolonging its use. True, sometimes the cost to get your phone fixed just isn’t worth it, or the phone truly isn’t salvageable, but that’s not always the case. In fact, how many times when you got a new phone was it because you wanted an upgrade instead of desperately needing to replace something that was broken? When it comes to your phone, there instead might be ways to salvage the situation and hold onto your phone a little longer without needing to completely replace it. The above tips could save you a trip to the phone store and keep your phone running a little longer, especially if you can’t afford to buy a new phone right now.