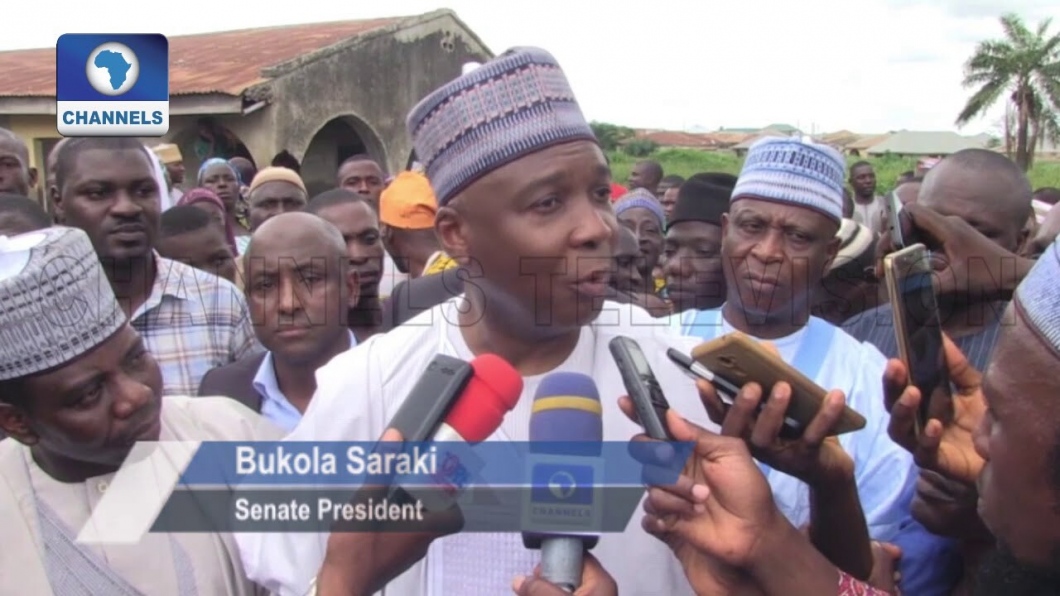 Bukola Saraki, The Senate President, has called for the removal of “incapable” and incompetent security chiefs in the country over the continued killings and security challenges bedeviling the nation.

Dr Saraki made the call on Saturday when he visited communities affected by a rainstorm in Ilorin, the Kwara State capital.

Hundreds of Nigerians have been killed in several parts of the country in 2018 alone and Saraki believes no society should witness such as situation and carry on as usual.

“This is not something to be politicised. If somebody is not capable and cannot do what he has to do, let others have the opportunity to do it,” a visibly angry Saraki said before accusing the security chiefs and agencies of failing to work together.

“Let us forget the issue of party, these are lives of people – and let’s remove politics. It is not about who is the Speaker of the House, who is the President of the Senate. It is about Nigeria.”

But for the “politicisation of issues”, the Senate President said the warnings of the National Assembly about the dangerous trend in the country would have been since heeded and changes made.

To address the alleged failure, the National Assembly had invited security chiefs, especially the Inspector-General of Police, Ibrahim Idris, but were unhappy with the response they got.

He said, “You are all very aware that some service chiefs decided in their own wisdom that there is no need for them to work with the National Assembly to address these issues.

“There is no society that continues to see the kind of killings here and think that it should be business as usual. It requires drastic action, it requires a collaboration of all agencies and all arms of government for us to be serious.”