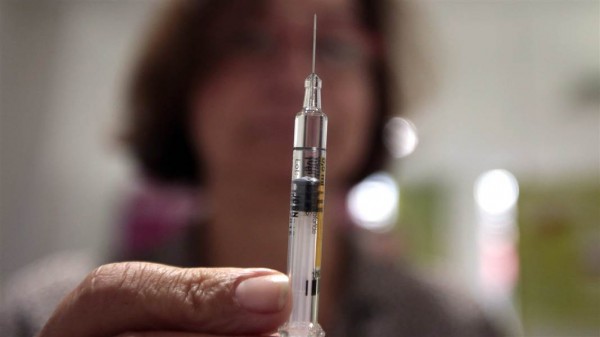 On Tuesday, September 6, 2016, pediatricians and the Center for Disease Control and Prevention (CDC) gave a final disapproval rating to the FluMist vaccine for children. The pediatricians stated they do not advise children to have this type of flu vaccination this year, which is the only needle-free flu vaccine that is currently offered in the United States. Questions about the effectiveness of FluMist stared surfacing this summer. After collaboration, the CDC committee, which is made up of 15 immunization experts, advised that children should not receive the FluMist vaccine this year.

According to the CDC vaccine advisors, there is no need to administer children with this vaccine as it has not shown successful rates of protecting children against the flu in the past few years. Furthermore, distribution companies are no longer offering or providing it to pharmacies and medical centers have stopped ordering the vaccine.

Why the FluMist Vaccine was not Effective?

According to experts in the vaccine industry, there is no specific reason the vaccine was not effective. However, one reason could be that the flu is constantly mutating, which means it will not have the same effectiveness as chicken pox or measles vaccines. The Advisory Committee on Immunization Practices reported that one study concluded that FluMist was only effective in reducing the risk of contracting serious cases of influenza by only 3% in the previous year.

However, AstraZeneca, which is the owner of the vaccine’s Maryland-based manufacturer MedImmune, reported the evidence that suggests the vaccine is not effective is false. According to AstraZeneca, there is evidence from the United Kingdom that found the vaccine was more than 57% successful during the last influenza season. The company released the following statement, “We continue to believe FluMist Quadrivalent is an effective vaccine for the prevention of seasonal influenza as supported by the available evidence.”

Furthermore, a study conducted in Canada disagreed with the CDC’s reports of the vaccine being ineffective. However, the study did not contain a control group of children who did not have a vaccine administered, and there were other factors of the study that may suggest it is flawed.

FluMist was more effective as opposed to influenza injection vaccines in previous years because it is a live virus, which means it is a flu virus that has become weak over time. With flu vaccines, it is important to remember they cause a mild infection that will cause children’s immune system to protect them from actually contracting the flu. However, children will not actually get the flu from the vaccination.

Should My Child Still Get a Flu Vaccination?

FluMist has been popular in the past because children did not have to receive a shot to get the vaccine. Now that FluMist is not recommended by pediatricians, there may be parents who decide not to get their children vaccinated. However, the CDC and the American Association of Pediatrics (AAP) recommends that children ages 6 months and older receive a flu vaccination every year prior to flu season.

Mark Sadaka from Vaccine Injury Help Center, the leading Vaccine Injury Attorney, has a national practice and works with clients from New York to Alaska.