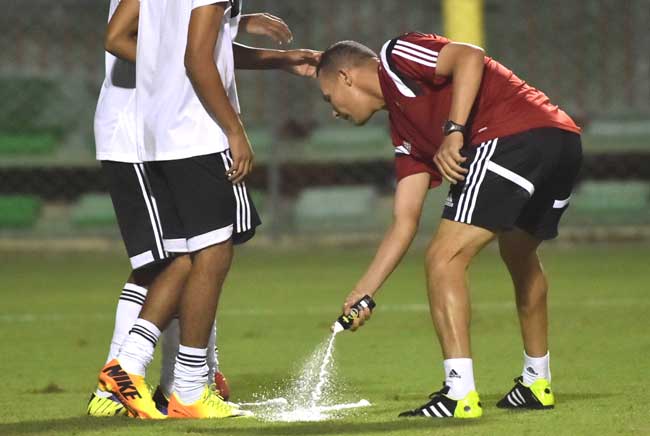 Disputes not validated goals in soccer are commonplace in international sports events. Perhaps one of the recurring questions is the football confrontations What if…? “Or what if that goal had been sanctioned by the referee …” For several years, various football federations in the world demanded for the use of technology to avoid disputes, technology already used by various sports. And the World Cup Brazil 2014 is the first in which they allow the use of the “goal line technology, or GLT. The South African World Cup 2010 was marked by the beginning of the telecast in 3D. In this case, Brazil 2014 promises to be the most interactive global sporting event and most high-tech ever.

GoalControl is the German company that was responsible for deploying 14 high-speed cameras, seven each arc in each of the 12 stadiums used for the occasion. Each of these cameras is connected to a computer that is responsible for processing the image and filters anything that may cause distraction and accurately determines the position of the ball. When the ball crosses the goal line, this system previously tested by the International Federation of Associated Football (FIFA) send a real-time vibration signal to a special watch on the wrist of the referee and the word GOAL on your screen in a within less than one second. Thus, the task of recognition of the goals will be much more accurate and the problems raised by the non-punishment of a legitimate goal which was not seen by the referee will not be heading.

Furthermore, Sony, which works closely with the company in charge of the official transmission of the World Cup Soccer, has installed 224 high definition cameras that capture more than 2500 hours of recording in that league, a fact that had not happened to date.

Another development that will premiere in this competition is recording some matches of the World Cup in “ultra high definition (UHD)” in 4K format, which has a resolution four times higher than the HDTVs on the market. The use of this technology requires a satellite network capable of 100 megabits operation, referred to as the data transmission rate.

As is seen, this sports contest will break all records in terms of digital internet traffic worldwide although managers of technology in Brazil and said that is likely to not be overwhelmed networks in stadiums and around the amount connections and traffic caused mainly by the use of social networking and gambling.

The other novelty in this World Cup football, although it is not something strictly technological, will be the use by referees evanescent spray foam, which in reality is already being used in various parts of the world to mark the distance between the players and kick your foot barrier permitted at a distance of 9 meters and 15 centimetres. When fouled, the chief judge of the meeting will mark spray a circle where the ball should be placed, then a line where you can place the allowable wall.

Finally, and in terms of the immediate competition, FIFA agreed to use a “Time-Out”. The high temperatures that occur in Brazil during the summer led to the adoption of this standard, which is practiced in other sports. To be eligible for the “Time Out” should give two conditions: 30 minutes each time has passed and the temperature exceeds 32 degrees Celsius. In short, Brazil World Cup 2014 will be the news, both technologically and in sports.