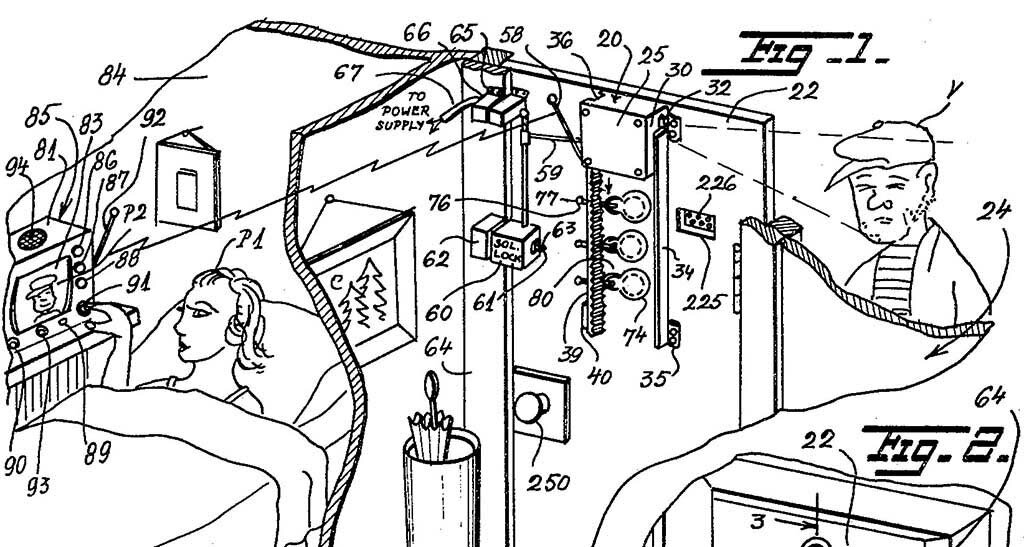 Who is Marie Van Brittan Brown?

Marie Van Brittan Brown was a black African-American born inventor. She was born (October 30, 1922 – February 2, 1999), She was the inventor of the home security system in 1966, along with her husband Albert Brown. In the same year they jointly applied for a patent, which was granted in 1969. Brown was born in Jamaica, Queens, New York;[1] she died there at the age of 76.

Marie Van Brittan Brown mother’s roots originated from Pennsylvania. Brown and her husband lived at 151-158 & 135th Avenue in Jamaica, Queens, New York. She worked as a nurse and her husband was an electrician, so they did not always have normal hours or simultaneously work.

Marie and Albert Brown had two children. Their daughter, followed in her mother’s footsteps and became a nurse as well as creator of her own inventions.

Inspired by how long it would take the police to arrive in her neighborhood, Brown invented the first form of a home security system. Her work hours were not the standard 9-5, and the crime rate in their Queens, New York City neighborhood was very high. Wondering who was on the otherside of her door was always something Brown regretted doing. Brown’s system had a set of three peep-holes.

At the opposite side of the door a camera was attached with the ability to slide up and down to allow the person to see through each peephole[2]. Also, a resident could unlatch the door by remote control.

The system included a device that enabled a homeowner to use a television set to view the person at the door and hear the caller’s voice. The home security system that she and her husband invented allowed the monitor to be in a different room, and all of this was possible via a radio controlled wireless system. If the person viewing the images on the monitor did not feel safe they could press a button that would send an alarm to police or security.

Marie Van Brittan Brown and her husband cited other inventors in their patent, such as Edward D. Phiney and Thomas J. Reardon. . Even now, over fifty years later, her invention is being used by smaller businesses and living facilities.

Although the system was originally intended for domestic uses, many businesses began to adopt her system due to its effectiveness. The system also used a voice component to enable Brown to speak to the person at the door. If the person had criminal intent and tried to enter the house forcefully, the police would be notified with the push of a button.

For any expected visitor or welcomed person, the door would be unlocked via remote control. For this invention of a system, she received an award from the National science committee.

Brown was quoted in the New York Times as saying that with her invention “a woman alone could set off an alarm immediately by pressing a button, or if the system were installed in a doctor’s office, it might prevent holdups by drug addicts.”

Marie Van Brittan Brown and her husband Albert Brown filed the patent on August 1, 1966, with the title “Home Security System Utilizing Television Surveillance.” After three years filing the patent, their application was approved on 2 December 1969.

It had Albert Brown’s name at the beginning followed by his wife, Marie, and continued with the statement “With the patented system, a woman alone in the house could alarm the neighborhood immediately by pressing a button, and installed in a doctor’s office it might prevent holdups by drug addicts.”

Marie Van Brittan Brown husband’s name had got the second billing. It was the first patent of its kind. Brown was interviewed by the New York Times on December 6, 1969.Thirteen inventors who came along after Brown have cited her patent, with the latest being in 2013.

The invention was basically the first closed-circuit television security system and is predecessor to the modern home systems today. It led to the foundation for video monitoring, remote-controlled door locks, push-button alarm triggers, instant messaging to security providers and police, as well as two-way voice communication.

The fame of Brown’s device also led to the more prevalent CCTV surveillance in public areas. According to a 2016 New Scientist report, 100 million concealed closed-circuit cameras are now in operation worldwide.