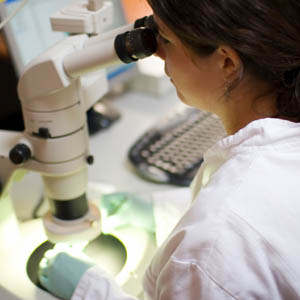 Students looking to earn a chemistry degree will now have access to molecular data that could identify previously unknown compounds, which could provide for faster drug developments and, theoretically, new cures and treatments for harrowing diseases. Laboratory innovations prove that science is booming and expanding in the United States.
Protea’s Bionanalytical Service Facility
This new lab heralds a new era in molecular biology. Molecules will be able to be studied from two or three dimensions, decreasing time needed for sample preparation and increasing the amount of data available to scientists.
Drone Curriculum
More than twenty research universities are now approved to fly drones in U.S. airfields. By putting this technology into the hands of the new generation, we are gaining innovative thought and rapid progress. Universities seem to be pushing the limits of technology. Developments include plans for unmanned vehicles controlled by smartphones and drones that can survey for hurricane damage or even weed growth. These advancements could save thousands of hours of labor and help people in previously impossible situations of need.
Solitaire FR Stroke Technology
Doctors at an Ohio hospital have recently begun using a new device to help stroke victims. Though everyone is encouraged to learn the signs of an oncoming stroke, those who live alone or are not well-versed in the symptoms may wait three or four hours to make it to the hospital. As a result, their clots can be more difficult to remove, and more dangerous. This lab-developed device deploys a stent and clears a clot in about an hour, allowing blood to flow back into the brain and reducing the risk of permanent damage. The developers of Solitaire FR understood the critical nature of stroke treatment, and designed a tool that is both quick and simple to use. By shaving seconds off the time needed to operate, they may be saving lives.
Single Chip Photon Production
Many laymen don’t know that high-speed supercomputers work through the power of photons. As the smallest unit of energy, photons pair to deliver information at incredible speeds. New developments from a university lab may allow these pairs to be joined through an integrated circuit. Less bulk and expensive technology means that the power of supercomputing could become universally available years earlier than expected. A semi-conductor chip, like the one they proposed, has thousands of applications. Many of the chips are commercial and could lead to new business opportunities as well as an increased ability for high-functioning logical problem solving.
Laboratory developments are moving out of academia and into the business sector and the outside world. These changes could have far-reaching and immediate consequences for everyone, not just those working in lab coats. Advanced technology has heralded in a new age of exploration, where instead of vast oceans we’re discovering miniscule miracles that can aid humanity in its quest for knowledge. 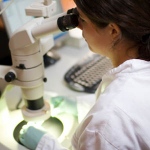