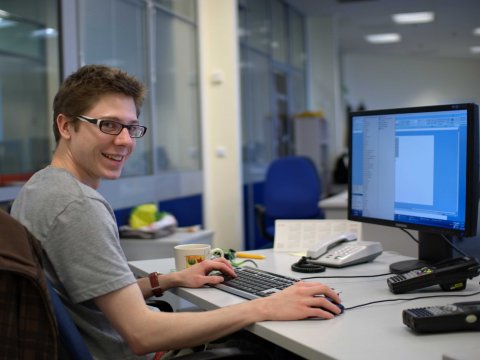 It is no secret that the software industry has been incredibly lucrative in the recent years, with future trends not showing any sign of it slowing down or stopping. This means than job opportunities in the programming sector will only be more and more appealing, but if you are currently learning a programming language or looking into a language you want to learn in order to compete in the job market for this sector it is important for you to look further than the general lucrativeness of this industry and focus more specifically on which language is actually more on-demand and promising greater salary rate than others.

Before you go and start looking for the programming language promising the highest salary, however, there are certain things you need to keep in mind. First of all, the salaries you might see on the internet depends on so many different factors and variables, which might change over time. These factors might include the latest demand of a certain programming language and the current supply of developers capable of understanding that language, as well as your level of experience. If you are a junior developer, then you surely cannot expect to have the same salary as a senior developer with years of experience and projects under their belt.

The technology industry moves so quickly that the demand for programming languages might shift so fast, especially considering that there are so many new ones being released by major players of the industry such as Google, Facebook, and Apple in the recent years. Different industries might also have different demands for certain programming languages. More established industries tend to favor those who are adept in C, SQL, as well as Java, which is not surprising considering how those three languages are so widely used for enterprise software and databases. Startups, on the other hand, are looking for those who are adept on JavaScript and Python even more so than Java or C, so it is honestly important for you to do a thorough research beforehand on the industry you want to be in so that you could focus on certain programming languages that they are looking for.

Then there is also the issue of the supply of the developers themselves, as no matter how big the demand for a certain programming language is, it will be more difficult to compete in a saturated or even more saturated job markets. Popular and older languages might be more widely-used, but at the same time there bound to be higher percentage of developers with an expertise in those languages compared to newer ones such as Google Go or Swift. If you are looking to give yourself an edge against other job seekers, then you might want to invest your time and energy in learning new programming languages, especially those used to develop mobile apps such as Swift as that particular market has experienced major boom in the past few years alone