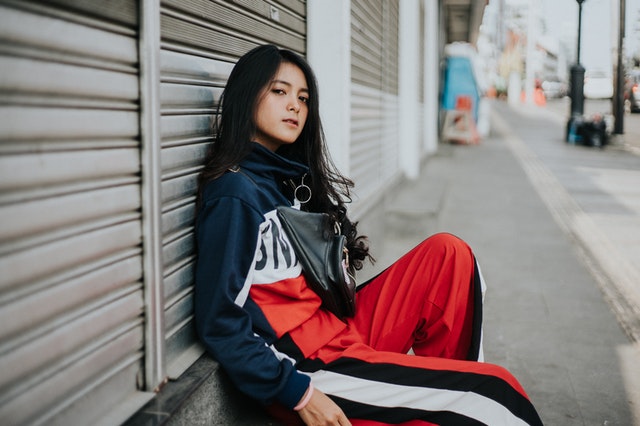 The fashion industry is always changing every year and can catch you off guard. The internet, especially social media, have a massive impact on the fashion industry. Facebook, Instagram, Twitter and TikTok all contribute to the market for selling products and celebrities promote many brands through their social media.

Different fashion trends come and go a lot with society constantly changing. Some trends stay a lot longer than others as well. However, streetwear has been in the fashion industry for 30+ years and it is still very successful in the industry.

How did Streetwear become so popular

In the early 1980s, streetwear fashion used to be dominated by male rappers and teenagers who liked to cause trouble. It quickly spread across the western part of the world in the 90s going into the 00s.

This style has now taken over the world especially in the eastern part of the world with China and Japan. Streetwear also became very popular in England as well during the 90s, making it a massive part of street fashion in the modern day. Now, luxury brands have got on board as well such as Gucci and Louis Vuitton. Google defines streetwear as “casual clothing of a style worn especially by members of various urban youth subcultures” which underestimates the style.

Shawn Stussy was the man who originally started streetwear. He was born in California and started off the style with his surfboards and printed t-shirts. This style took off in America and soon after, other brands decided to create their style of streetwear.

Streetwear mixed with many different cultures in the United States of America such as the punk rock scene. Bands also decided to get on board with the streetwear hype. Artists like ACDC, Pink Floyd and Nirvana are just some of the artists that released their own printed clothing. You will see many printed t-shirts and jumpers with both ACDC and Nirvana still in the market now.

A-List celebrities and their contribution to the market

Celebrities also jumped on the bandwagon with streetwear. Artists like Nas, 2Pac and many others got on board with this trend in the 90s. Now, artists such as Billie Eilish and Kanye West keep the streetwear style going strong today.

Supreme was another brand that was an early starter for streetwear, it wasn’t long after Shawn Stussy’s brand, “STUSSY”. Both Louis Vuitton and Supreme collaborated back in 2017. It was called the ‘Louis Vuitton Supreme collection”

For people who buy and sell

Streetwear is really popular for buyers and sellers. If you know the fashion industry and the different brands it is great if you see them at a cheap price in different vintage and charity stores.

The popularity of streetwear

Streetwear is popular for numerous reasons and one of them is because of the brands/ print on the clothing. This shows the worth of the clothing as there are many brands out there where you are paying for the brand. Urban streetwear will always be in the market as it changes with the times as well as helps you look great.

Streetwear is known for its relaxed and oversized fit which is what makes the clothing so comfy. It is also very flexible with other clothes. For example, if you have a printed t-shirt, then it can look well with shorts and jeans or even a skirt. They look good with nearly everything and your footwear can be easy to choose. The reason for this is because many of the brands already mentioned make their trainers/ shoes anyway. It can be difficult at times to pick what you want to wear for the day because you are not able to match them up.

Last but not least, streetwear looks amazing and is easily affordable. Streetwear can also be expensive with some of the top luxury brands as well but, the average price of street clothing is not too pricey for some people. It gives people the opportunity to feel like they are a part of a community.

Streetwear on the Internet

Streetwear has many items in the market like footwear, t-shirts, hoodies/ sweaters and accessories. The majority of fashion companies will use social media to promote their brand, collaborating with many influencers and celebrities to get their brand out there.

As mentioned earlier, streetwear started with surfers and spread through the youth of America and the hip hop culture. The average consumer will buy a certain brand because they have a personal connection with them. Streetwear is now heavily promoted through social media but famous hip hop rappers and rock brands are who got it started back in the 80s and 90s.

Streetwear is often purchased in-store. However, that is not to say that streetwear is not bought online as well. Many clothing items are bought in-store due to people wanting to feel the quality of the items that they are purchasing. This is why you come across more and more streetwear/ vintage stores opening up. eCommerce sites have also managed to build up a reputation over a few years because of social media and people leaving reviews on their products.

Many people are starting their own businesses now rather than working for one. This is because of the internet, and more specifically, social media. Not every streetwear brand (and business) is successful when it starts up because of the amount of competition from other people doing roughly the same thing.