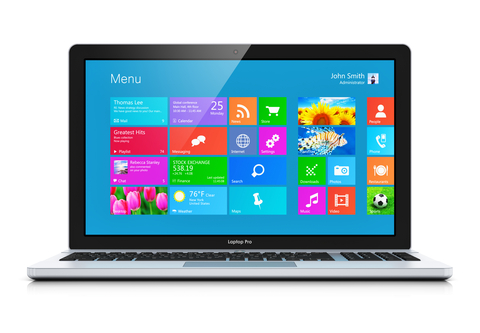 You would expect that following on from (the rather unsuccessful reign of) Windows 8, which saw the need for multiple updates, we would be gifted with a rather more elegant operating system in Windows 9. But we’re not getting Windows 9. Apparently we’re skipping right along to Windows 10, and we’ve already been offered a glimpse at the operating system in action via the Windows Insider technical preview.

If you want to give it a look for yourself, head on over to Windows Insider where you can register to try it out, you’re advised to run it through a VM though (after the trial period for Windows 8, some poor users were subjected to life without a computer due to bugs).

The current testers have submitted well over 200,000 suggestions and complaints. That sounds like a bad thing, but ultimately this is what the testing period is for – the developers and IT support understanding how users feel about it. With this feedback they should be able to iron out the bugs found by hard-core Windows users.

When Can I Use It?

Windows 8 didn’t pull through like it was meant to, so Microsoft have decided to make a statement about moving forward (presumably by missing that number 9…). There have been rumours that Windows 9 was in the works but somehow didn’t function properly with older apps. We bet Windows 10 is being implemented as a result of that.

So when is it coming? With no solid date or price, it is a little hard to say, but with test trials beginning now we can expect the OS to be released sometime in 2015 and for it to be released across all platforms.

The good news for those of you who became frustrated at the new Windows ‘full screen’ Start button will be relieved that Microsoft has chosen to return to basics with the simple pop up Start bar.

What Can It Do?

When Windows 8.1 came about, Microsoft chose to introduce 64 bit computing requirements. This caused a few problems for people who were still using old processors – they simply couldn’t keep up. There are worries that this trend will carry on with Windows 10, and whilst we’re sure some people using older computers won’t be happy about it, we imagine Windows 10 will continue to push forward.

We know that apps have changed recently but we’re not sure how they will be adapted to best suit the Windows 10 operating system that will be going live across all platforms, from desktops to tablets and mobiles. We expect that apps will continue to run across all devices, with universal design and functionality to keep the user experience feeling great.

We’ve only seen the first glimpses of Windows 10 at the moment, and thus far it looks promising. No doubt the developers working on the new OS will have plenty of feedback to be working on during the planning and development stage so we’re sure more changes will be made before the launch.

Damian Coates is the Commercial Accounts Director for the well-established IT support company in London- Utilize. Damian takes a strong interest in the latest updates from Windows and is keen to learn more and more about the new operating system from Microsoft.