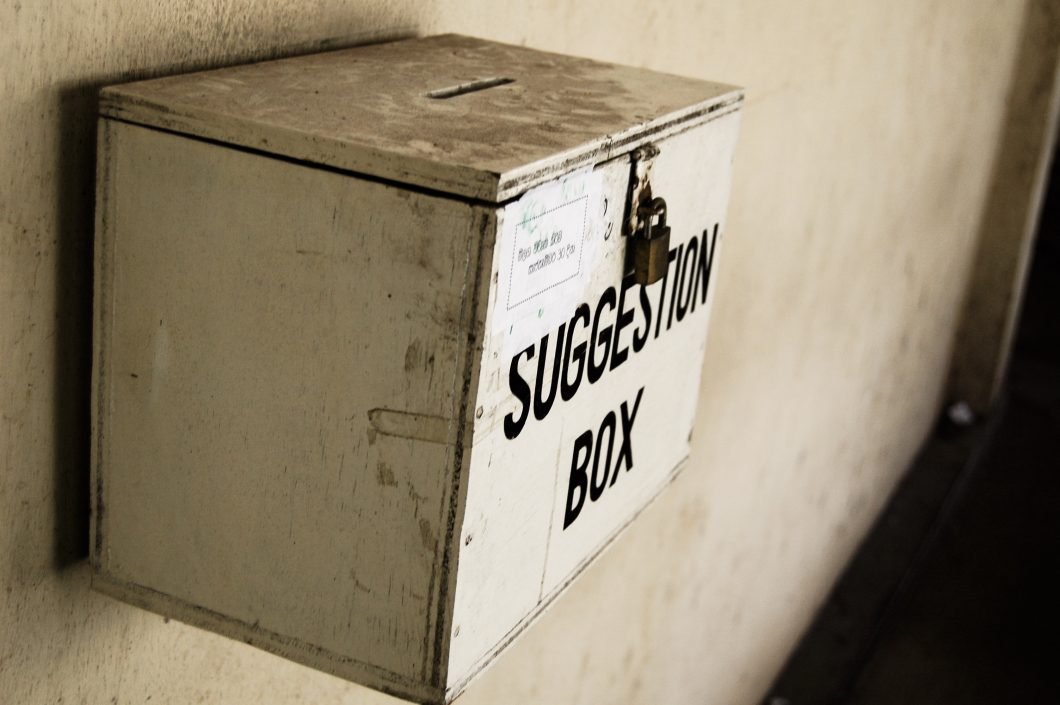 Remember the old-fashioned suggestion box, the one that nobody ever looked in, because nobody ever put something in it? Or the other way around? Well, it is making a comeback. But it is better than it has ever been before. No more not making suggestions because nobody looks at them, and no more not looking at suggestions because there are none. Thanks to effective innovation management software business tools, there is a huge new buzz around the idea of the suggestion box.

Out with the Old, In with the New

The concept of the suggestion box is actually a very good one, but it has been handled improperly for too long. A suggestion box enables people to share their comments and ideas, which signals openness and trust. As such, it can source fantastic ideas for improvement. Unfortunately, however, it doesn’t.

If you have ever used a suggestion box, you will probably have felt a bit defeated when you put your folded sheet of paper in it. Unfortunately, those suggestion boxes just seem to hang there. Even if someone takes the time to take the suggestions out, there is no way to use the box for feedback. As such, it is a tool for one-way communication, and that doesn’t foster initiative. Plus, these boxes are supposed to be anonymous, instead of trusting people to be open about what they think. It really is a buzz-killer, in other words.

See it As a Critical Activity – It Is!

Contributors need to be acknowledged and recognized for their contributions. It has to be recognized that there is no such thing as a bad idea. The simple fact that someone takes the time out to suggest something should be highly respected. Suggestion boxes, or even suggestion emails, simply do not drive change and innovation. Openness, inclusion, and engagement do.

When your company has a challenge – and all companies have challenges all the time – you need to bring people around that challenge and rally them to come up with ideas for a common goal: the survival and growth of the organization. You do that with transparent, open, accessible, and easy to use innovation and idea management software.

Idea management software enables you to gather ideas from every corner of your organization, transcending job descriptions, teams, and departments. This is done in an open and inclusive way, one in which others can comment on suggestions, helping to drive change. Yes, there need to be some rules of conduct, such as not being dismissive of someone’s idea or using bad language, but it would be very rare for someone to use that type of language anyway. What it will do instead, is show everybody across the organization that you care about their input and that you see them as an integral part of the entire company. What happens then is almost a step process: