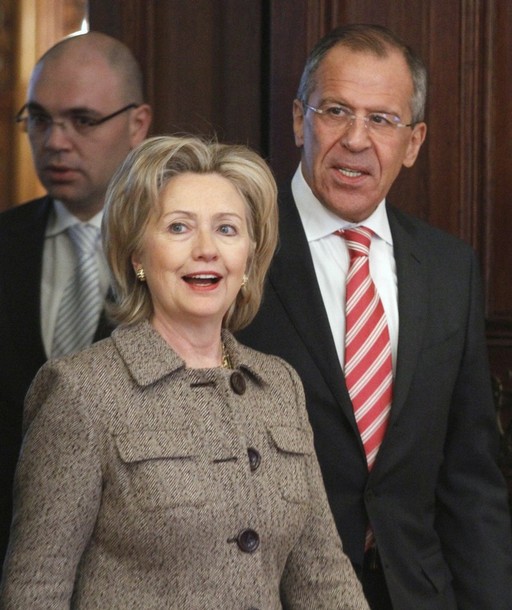 Washington, Jan 20 (PTI) US Secretary of State Hillary Clinton will travel to India this spring, most likely in early April, for the next round of India-US Strategic Dialogue.
She would be accompanied by a number of other Cabinet-level officials as part of the administration”s efforts to expand the scope of the Strategic Dialogue.
“Secretary Clinton and other Cabinet officials will travel to India this spring for the US-India Strategic Dialogue, which oversees the entire spectrum of our cooperation,” Assistant Secretary of State for South and Central Asia Robert Blake, said in his remarks at the Rice University in Houston Texas.
While the exact date of the trip has not been announced, Clinton is likely to visit India in early April.
This would be Clinton”s second trip to India as the Secretary of State, the first one being in 2009.
Clinton”s trip would be preceded by the visit of Commerce Secretary Gary Locke, who would lead a high-level trade mission to India in February.
“On the business side, Commerce Secretary Locke will travel to India in February to attend Aero India, the biannual Indian aerial fair that has grown in importance as India itself has grown.
“India will soon announce the winners of a tender worth up to USD 12 billion to supply 126 medium multi-range combat aircraft ? a competition in which both Boeing and Lockheed Martin have entered their jets,” Blake said in his remarks.
Blake said this year the US intends to build on President Barack Obama”s visit in 2010 through an intensive programme of collaborative activities, high-profile visits and greater engagement.
“Of particular note, we welcome the opportunity to work with India closely during its two-year tenure on the UN Security Council, which started January 1,” he said.
He said engagement between the governments of the two countries has never been as robust and comprehensive as it is now.
Blake said the President”s dramatic visit to India highlighted the vast ties between the two countries, and cooperation on critical issues ranging from climate change, to counter-terrorism, non-proliferation and energy diversity.
“President Obama acknowledged India”s growing role in the world by endorsing India for a permanent seat on the UN Security Council,” he said.
“As President Obama said in his November 8 speech to the Indian Parliament, ”For the first time ever, our governments are working together across the whole range of common challenges that we face. Now, let me say it as clearly as I can: the United States not only welcomes India as a rising global power, we fervently support it, and we have worked to help make it a reality,” Blake said.