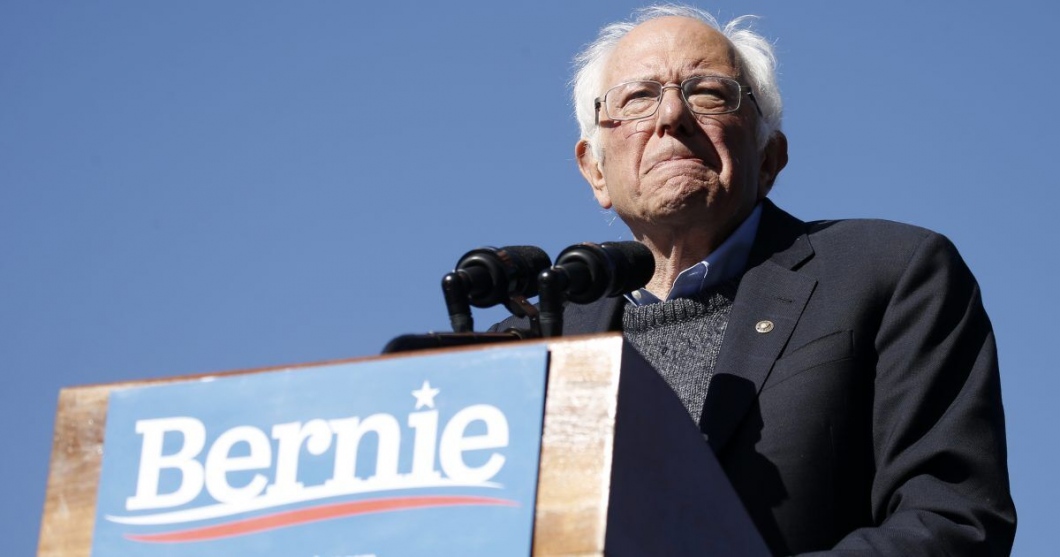 Within the first 100 days of his administration, the Vermont senator and Democratic presidential candidate is promising to issue an executive order instructing the attorney general to deschedule marijuana as a controlled substance under the Controlled Substances Act, something legalization advocates say would be a huge win.

Sanders’ plan also calls for expunging the records of those convicted of federal marijuana offenses, re-sentencing federal marijuana prisoners, and providing funding for states and cities to do the same. While expungement goes beyond a president’s pardon power and would require the cooperation of the courts (and possibly Congress), throwing the executive branch’s weight behind an expungement effort would speed the process along, Schweich says.

Because this is a Sanders plan, his legalization initiative also calls for more federal spending and regulation. Sanders wants to tax the newly legal marijuana industry to the tune of $50 billion over 10 years, and then spend that revenue on new grant and development programs. This includes $20 billion in grants to “entrepreneurs of color who continue to face discrimination in access to capital.” Another $10 billion will be given out as grants to “businesses that are at least 51 percent owned or controlled by those in disproportionately impacted areas or individuals who have been arrested for or convicted of marijuana offenses.”

Sanders would establish a separate but similar $10 billion grant program through the U.S. Department of Agriculture to subsidize marijuana grow operations run by people with marijuana arrest or conviction records. Lastly, he would set up another $10 billion community development fund that would “provide grants to communities hit hardest by the War on Drugs.”

To prevent “mostly white, mostly male, and already rich ‘cannabiz’ entrepreneurs” from dominating the industry, Sanders would impose strict, albeit unspecified, market share and franchise caps on marijuana businesses. His plan would also ban tobacco companies and any other corporation that has “created cancer-causing products,” or been found guilty of deceptive marketing tactics, from participating in the marijuana industry.

“The idea of preventing tobacco companies from investing in marijuana companies is something that requires some more scrutiny from a constitutional perspective,” says Schweich. “If we are regulating them properly, their investors don’t really matter.”

So long as marijuana companies are barred from making false claims about their products or targeting advertisements at children, argues Schweich, the particular ownership of these companies shouldn’t really be a concern to the federal government.

All things considered, Sanders’ plan would do a lot to wind down the federal government’s destructive, misguided, and outdated prohibition of marijuana. Descheduling marijuana could also be accomplished by unilateral executive action. Having Sanders pre-committed to that is, therefore, a big deal.

The massive amount of new spending and taxes that Sanders wants to pair with legalization, not to mention his anti-corporate regulatory regime, would likely make it difficult to bring the entire existing cannabis industry into the legal market. But those elements would also likely be a tough sell to any Congress.