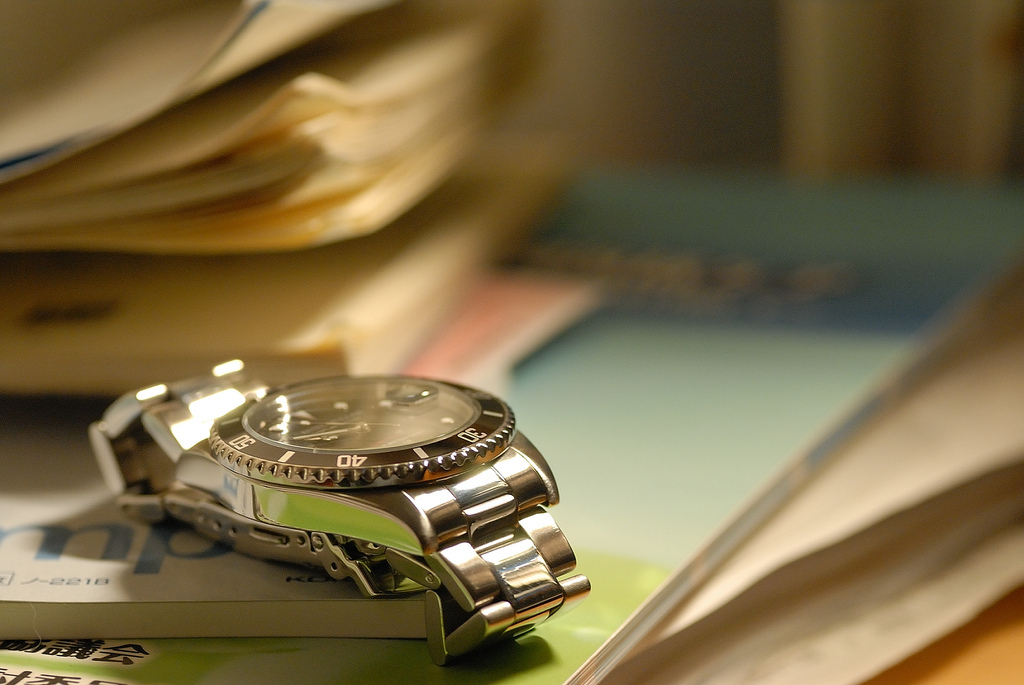 The wristwatch has come a long way from a time when it was just a novelty — or worse, an object of ridicule. Today, even with formidable competition from a variety of mobile devices, including portable media players and smartphones, the wrist watch retains its status as a symbol of prestige, modern culture, and most importantly, basic function.

Humans have always needed to determine time. The ancient Egyptians and Chinese used sundials and the movement of celestial bodies to measure time according to planting seasons and harvest times. The Ancient Greeks invented water clocks, and elsewhere in the world people, tracked time by using hourglasses or noting how long it took to burn certain objects and substances like oil, incense, and candles.

Time measurement became much more accurate with the invention of the mechanical clock in England in 1275. The mechanical clock was still the dominant method of telling time when the first pocket watch — the first known watch in history — was designed in 1574. By end of the 18th century watchmakers had sprouted throughout Europe, creating luxurious timepieces for the wealthy and powerful.

As early as 1812, Swiss manufacturer Breguet made a watch for the then-Queen of Naples, Caroline Murat. This one was not a timepiece for going into the pocket; it was supposed to fit around the queen’s wrist. However, most sources, including Guinness World Records, credit another Swiss manufacturer, Patek Philippe & Co., with creating the first wristwatch in 1868, for Countess Koscowicz of Hungary. Patek Philippe gets the glory because, unlike previous watchmakers, he provided concrete evidence for his invention.

Noticeably, though, the first wristwatches were made for women. Indeed, they appeared more as elaborate bands of jewelry than as devices of function. Men in particular shunned them; in the 19th century it was believed that “real” men used watches that went in their pockets, not around their wrists. Men widely derided wristwatches as “wristlets” to denote their feminine appeal, and viewed them as a passing fad. It was actually a common saying of the age that a man “would sooner wear a skirt as wear a wristwatch.”

That level of disdain was never able to relegate the wristwatch into oblivion. An impending war forced this type of timepiece — with all its developments between the late 19th and early 20th centuries — into widespread use. In 1880 another Swiss manufacturer, Girard-Perregaux, began production of 2,000 wristwatches for naval officers under the command of German Kaiser Wilhelm I. And in 1904, Louis Cartier and Edmond Jaeger successfully fulfilled a request from aviator Alberto Santos-Dumont for a hands-free piece perfect for grading his two-handed practice flights. When the First World War started in 1914, soldiers faced the same necessity as Santos-Dumont: owning a timepiece that could be viewed when they had their hands full. By the end of the war, pocket watches were out and wristwatches were in.

The wristwatch has evolved since it first became popular in the first decade of the 20th century. It moved from mechanical to electric power in the 1950s, then quartz in 1969, using a quartz crystal to regulate its electronic circuit. With improvements to the wristwatch, the device became more accurate and less expensive to obtain and maintain. Even now, when time can be read by a multitude of digital devices, the wristwatch remains the golden standard for personal timekeeping.

Nigel Fogerty is a freelance author and blogger focusing on gadgets, mobile phones, computers, gadget insurance, watches and other related topics. Those with iPhones should take a look at Protect Your Bubble iPhone insurance to better protect their device.