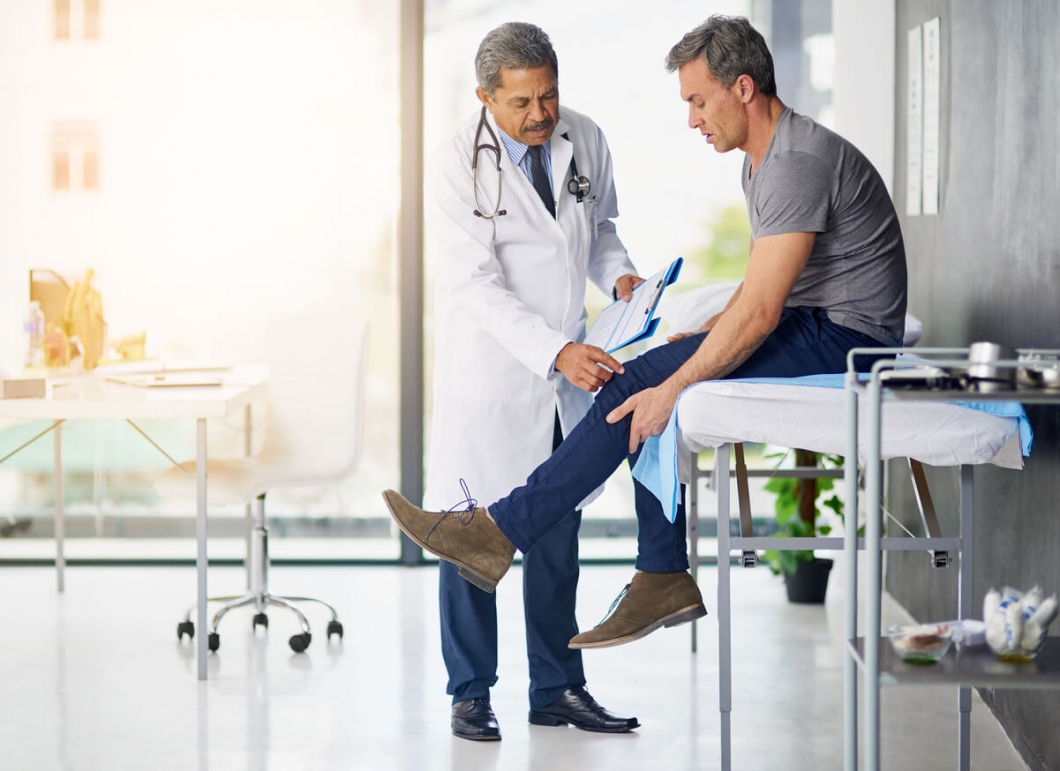 Men are stronger than women have been a continuous debate. We all might believe this, considering the fact that men are bigger than women and are muscular, so it can be pretty convincing. Right?! Men can easily lift things and run fast as compared to women and are even physically active. But, if we talk about their health then let me tell you that here women beat men- as men are weaker as compared to women when it comes to their health. Women take their health seriously while men take their health as one of their least priorities.

As compared to women, men are more susceptible to diseases according to a health study published in the “Epidemiology & Community Health”. Due to this in a recent seminar at Zobia hospital, medical health specialists urged men to get a regular health screening. Men neglect their health and they do this due to their work. A study even highlighted the fact that men do this because they prefer work satisfaction over their health. Women on the other spend more on their health as compared to men.

Relation of Men Health and Employment

Men’s health and self-esteem have a direct link with their job. Unemployment has a negative effect on their physical and mental health as they are the breadwinner of the family. So, anything that affects their financial situation, they try to neglect it. Men tend to work overtime, compromising their sleep and health. Being a workaholic is one of the most common traits in many men.

Their self-esteem is highly linked with their employment and work. If they keep piling up the work stress, they eventually affect their health. A study even reported that men are happy when they are working so to get this sense of happiness and achievement, they don’t mind neglecting their health. Due to these harmful health trends in men, every year men’s health awareness month is celebrated in June. The main aim of this month is to spread health awareness among men.

Why Men are Behind Women When it comes to Health?

Now, you must be thinking that when men are more physically active and muscular as compared to women than why do they lag when it comes to their health? You might still be in awe and confused about how this can happen? Right?!

Well, things might not be what they seem to be and that is the case with men. They might appear healthy and fit, but their health would say otherwise.

If you are as curious as me, in knowing why men are weaker than women then read below:

There are many biological factors such as metabolism, genes and chromosomes, hormones, and even as per andrologists in Islamabad reproductive anatomy of men affects their overall health. Behavioural factors include smoking, drug abuse, aggression, violence, unhealthy eating habits, lack of exercise, and most importantly lack of personal care and routine. Last but not the least, work stress, mental health problems, and lack of support are some reasons why men are weaker in health as compared to women. These factors are potentially harmful to them.

As per the stats of the CDC, heart disease and disorders are the leading causes of illness and deaths in men. Men suffer from these diseases more as compared to women. Heart health issues are turning into global heart concerns. Almost 75% of men die from various heart diseases.

As the name indicates this is a particular cancer of men and is an alarming health complication in men. 1 in 6 men develop this prostate cancer in their life and 1 out of 35 men lose their life due to this cancer. It is one of the slow-growing and less aggressive cancers that makes it very important for men to get screened for this cancer.

It is such an aggressive and awful cancer. Not only is it a metastatic disease but also a silent killer because it spreads slowly and will show symptoms when it has progressed a lot and only then it appears in the X-ray. Unfortunately, if this cancer is diagnosed in an advanced stage then a person would live only a year.

If you are a smoker, here is bad news for it contributes to 90% of the cancer cases. For this reason, it is high time that you should consider quitting smoking.

The silent killer, this disease starts to develop slowly and is like a poison affecting the other body organs. It keeps developing that a time comes when your blood sugar level increases so much that it starts to come in your urine. Over time, if not controlled, it can become this much worse that you end up suffering from kidney failure, amputations, heart attacks, and strokes. On top of that, if you are obese then you are further increasing the risk of your disease.

Last but not the least, however, a very neglected and underrated health issue of men is mental health disorders. Anxiety and Depression are increasing in men, however, is equally a stereotype and stigmatized illness in men. Men are considered as strong and rough so if they show emotions they are considered weak. They end up bottling their emotions leading to anxiety and depression. Your hormones of stress and chemicals in the brain are out of balance due to anxiety and depression. Daily life activities such as sleep, appetite, and routine are can be disturbed due to this.

The health of men should be equally as important as their work. Understanding the importance and health risk of men is one thing. In order to further reduce the risk, men can’t change their lifestyle in just a day but rather take small steps such as managing stress, sleeping on time, moderate exercise, and even a balanced nutritional diet, as they are important in maintaining a long and healthy life.