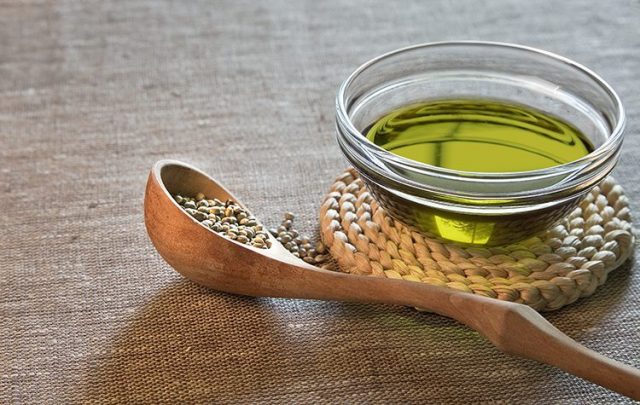 Cannabidiol (CBD) is one of more than 60 compounds found in the cannabis plant. Like THC (tetrahydrocannabinol), CBD is a cannabinoid, but unlike THC, it has no psychoactive properties. While CBD is rarely consumed for recreational use, it is a good choice medicinally because it has very few negative side effects. There are numerous health benefits of CBD oil.

Perhaps one of the best known uses for CBD oil is pain relief. Research indicates that cannabinoids may help reduce pain by inhibiting neuronal transmission within pain pathways. Research has also shown that CBD significantly suppresses chronic inflammation and neuropathic pain without analgesic tolerance. Analgesic tolerance can often occur when pain medication is used over an extended period of time.

Research indicates that CBD seems to act as an antioxidant in the brain. Cannabidiol has been shown in animal studies to mitigate, interrupt, prevent, or reverse many of the processes that lead to the breakdown of neurons in the nervous system and brain. The breakdown of neurons is believed to lead to many neurological conditions, such as Alzheimer’s disease, stroke, multiple sclerosis, and Parkinson’s disease. Animal studies also indicate that CBD reduces inflammation in the brain, which is believed to interfere with brain functions and play a role in conditions, such as brain fog and chronic fatigue. Though further research is needed, scientists hope that the same neuroprotective benefits CBD produces in animals can also be demonstrated in humans.

In another study, researchers found that CBD significantly lowered the cortisol levels in participants. Cortisol is a hormone released in response to stress. Participants also reported a sedative effect after taking the CBD oil.

CBD oil has been shown to be effective for individuals suffering from social anxiety as well. More specifically, in one study, researchers compared CBD to a placebo on a simulated public speaking test. The researchers found that individuals with social anxiety who received CBD one and a half hours before the simulated test exhibited significantly less anxiety, cognitive impairment, and discomfort whereas those who received the placebo exhibited higher anxiety, cognitive impairment, and discomfort. Researchers suggest that CBD may also be useful for individuals with panic disorder, obsessive-compulsive disorder, and post-traumatic stress disorder.

Cannabis has been utilized for thousands of years to reduce nausea and vomiting. Research indicates that of the more than 80 cannabinoid compounds in marijuana, both CBD and THC help reduce nausea and vomiting in animal studies. Research indicates that given in low doses, CBD reduces nausea. However, taken in high doses, CBD has no effect or may actually increase nausea.

Cannabidiol is the main non-psychoactive component found in marijuana. CBD has been shown to have numerous health benefits. Reducing anxiety, relieving pain, alleviating nausea and vomiting, and having a neuroprotective effect are just a few of the health benefits CBD has to offer.

This article was written by Roger Dallas of the company Buy CBD Oil Online. Roger is passionate about what he does and loves working with CBD oils, hemp extracts and natural, organic supplements.