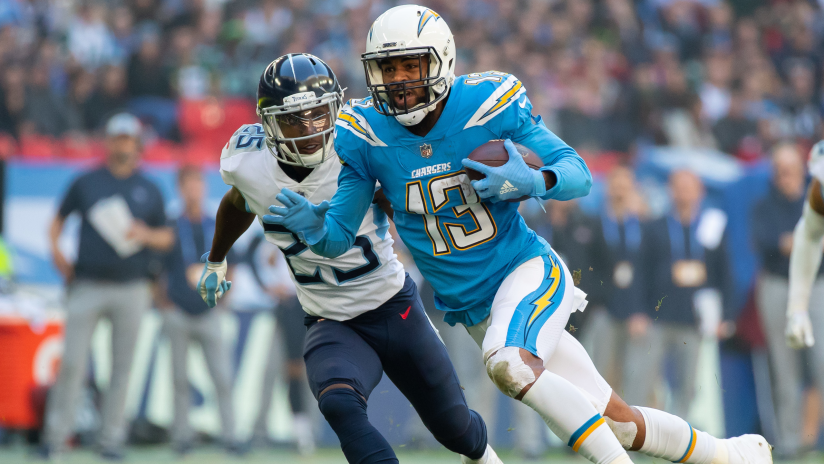 2013 was the first and only time the organization won a game as the Titans with their previous victory coming in 1992 when the Houston Oilers shutout the San Diego Chargers 27-0 at home.

Sunday’s game against the Titans will mark the start of a three-game road trip for the Chargers. That’s not the most encouraging news for a team who lost two straight games, including a 24-17 loss at home last weekend to the Steelers. Devin Bush picked up a fumble on the L.A.’s first possession and returned it for his first touchdown of the year.

Philip Rivers threw for 320 yards, two touchdowns, and two interceptions. The running game has been pretty horrendous with a total of 32 yards between Melvin Gordon and Austin Ekeler. While Keenan Allen only caught two passes, Hunter Henry’s returned to the field with a career-high eight receptions, 100 yards, and two touchdowns.

It’s hard to put the blame on the Chargers’ defense, when the offense turned it over three times, and the team trailed 21-0 after three quarters. Devlin Hodges threw for just 132 yards, one touchdown, and one interception against the fifth ranked pass defense in the NFL (201.2 YPG).

Benny Snell Jr. rushed for 75 yards as the Steelers totaled 124 yards on the ground. Los Angeles will have to be better on third-down defense. Pittsburgh converted eight of 13 third-down plays in last weekends’ game.

Tennessee has lost its last two games and been outscored by a combined 30-7. Last week, the Titans were shutout 16-0 by the Broncos in Denver, and Marcus Mariota lost his reign as the starting quarterback as a result.

Rookie DT Jeffery Simmons gearing up for his NFL debut! #Titans #Chargers coming up a 3:05 CT on @NC5 pic.twitter.com/i5pwGf4cPj

Mariota was benched after throwing two interceptions, and Ryan Tannehill came in to replace him. Tannehill completed 13 of 16 passes for 144 yards and one interception and has earned the start against the Chargers. Derrick Henry had a season low 28 yards rushing and failed to score a touchdown for only the second time in 2019. No wide receiver for the Titans had more than 50 yards. Those statistics are problematic for a team that ranks near the bottom in every offensive statistic.

It’s no secret that the Chargers like to throw the ball. Good news for the Titans is that their defense is their strength, allowing only 15.3 points per game, and their pass defense is holding opponents to an average of 217.3 yards per game. Kevin Byard, who had five tackles and one interception last week against the Broncos, is third in the NFL with three interceptions this season.