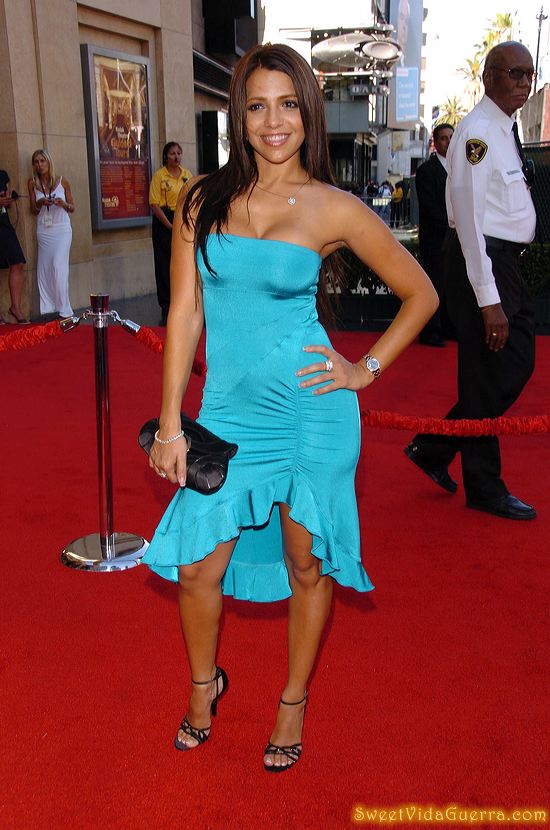 Vida Guerra born in Cuba and at the age of 6 she moved to the United States with her family and settled in the town of Perth Amboy ( New Jersey ) .She was very fluent in both English and Spanish. In school days, she was teased because of the size of her derriere. When she grew up she took some modeling swimwear shows and also appeared in music videos. Her ex- boyfriend suggested her to send photographs for the FHM magazine for the “Honey Next Door” section.
After doing this modeling assignment she became a supermodel in a very less time. Her cute and innocent looks attracts various people and in this way she got various other modeling opportunities. She was demanded more by people and called for more photo shoots. In 2004, she became “FHM Model of the year”. After that she was on the cover page and inside the various magazines which includes Escape, DUB, Open Your Eyes and Smooth etc.
She also did various appearances on Spanish language television programs such as El Gordo y La Flaca. She became popular in music videos like “Workout Plan” and “Shake YourTailfeather”. She also appeared in “Chappelle’s Show and film “Writer’s Block” in 2003, “Fake Preacher” in 2005 and “Dorm Daze II in 2006. In 2005, her camera phone was hacked and her various photos were posted on the internet and then sent widely. In February 2006, she was recognized as one of the internet’s
most wanted names.