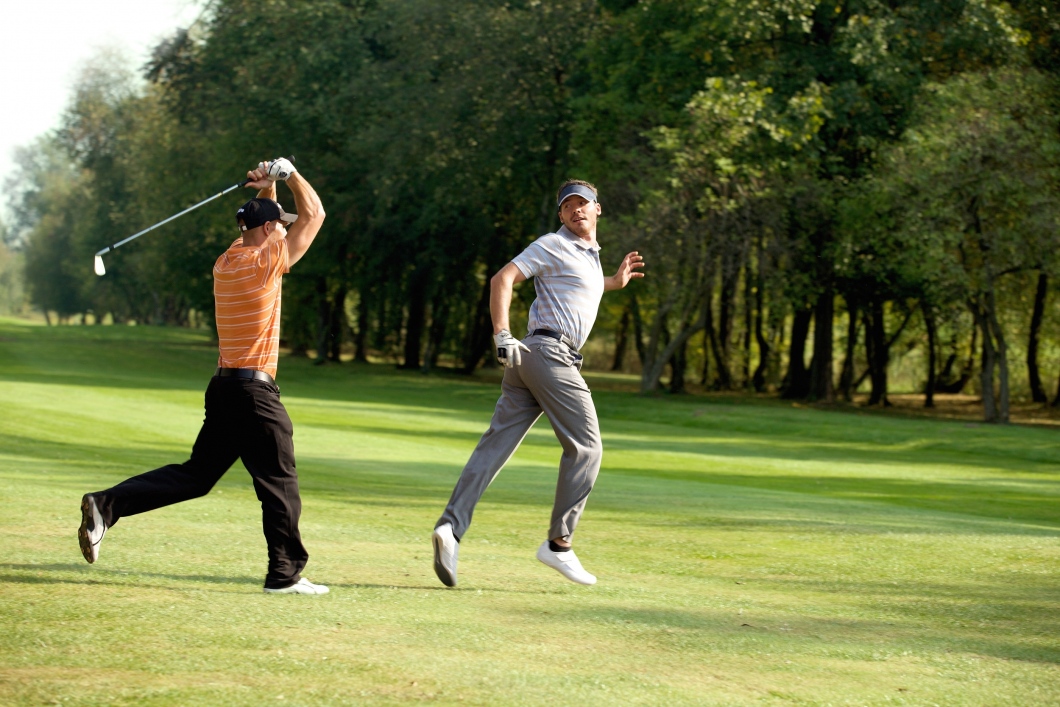 Some of the strangest things you have ever seen on a golf course probably took place during the movie Caddyshack or Happy Gilmore, but that’s just not reality.

Golfers from around the world have found themselves in some precarious situations, so check out these strange things that you may find hard to believe.

A young golfer in Pennsylvania was going for the green on his second shot on a par 5 to a blind green. The green was protected by a batch of trees on the right. He was hitting a draw into the green with his four wood. Little did he know that his ball struck a bird and ricocheted into the hole for an eagle. The twosome ahead of him told him what happened. The bird flew away. Now that’s a strange way to get an eagle!

From climbing trees to going barefoot into ponds, professional golfers will do anything to save a stroke and create an amazing story. Probably the most memorable strange play was by Sergio Garcia at the 2013 Arnold Palmer Invitational at Bay Hill. The Spaniard climbed a tree to save a shot. Although he was apparently suffering from pain a short time later, this was one memorable
shot.

Amazing animals run amuck on golf courses across the world, so it’s not uncommon to see a gator, snake, or bear watching you hack away. Here’s one famous gator story that happened in Florida. A lady hit her tee shot near the swamp on a par 3. As she approached her ball, she found that it wasn’t where she thought it was. After a cursory look because of the rain, she took a lost ball and moved on. As she finally got to the pin, she found her original ball in the hole, along with some gator tracks. Makes you wonder two things. Do you still follow the rules and void out a hole-in-one? Where is that gator now?

Clubhouses are situated close to the 18th hole for many reasons, but a golfer in New York decided to get there a little faster. His approach shot went onto the roof of the clubhouse, into the gutter, and rolled through the down spout. His 19th hole came sooner than expected, but he did manage to pull off a bogey.

Golf carts can be a blessing and a curse, so you have to know how to handle the terrain if you’re driving. You also need to know how to ride with a crazy driver. During a muni tournament in North Carolina, a driver dumped his cart into the pond while looking for his ball. He and his playing partner went in too. Along with the clubs. The driver was fine, and the tournament champion was his partner.

There are many strange things to see on the golf course. If you hope to have your own gator siting one day, Florida golf schools are a good place to start.

That’s just another reason golf is such a great game to play and enjoy. Have fun, be safe, and keep your eyes open and your camera ready.