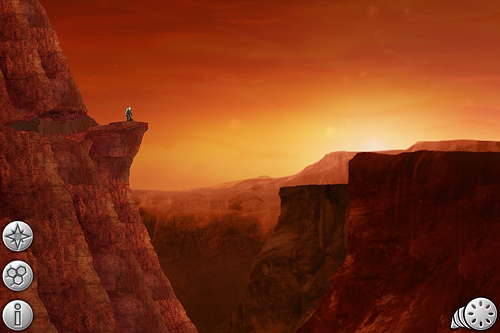 The featured image is sourced from Flickr.
Tablets are touted as fantastic machines for maximum portability, functionality and processing power for all your spreadsheeting, word-processing and presentation-creating needs in your work life.
But both tablets and hybrid tablet PCs are also major hits when it comes to personal uses, especially for gaming. Indeed, research from app analytics site Flurry suggests that games are one of the most popular types of application on portable devices, representing more than half of all sessions on portable devices.
Games by independent developers, or ‘indie’ developers, in turn appear to be the most popular among players. Indie games accounted for 68 percent of game sessions in the first two months of this year, according to Flurry’s research. That means it’s quite likely that you were tapping away at an indie game on your tablet sometime this year.
What are some of the most popular indie games that are easy to pick up — those in the so-called ‘casual game’ category? Here’s a quick look across the platforms:
Incoboto has taken the iOS platform by storm this year. It’s the story of a small boy named Inco and his companion, a Sun-like being named Helios, as they cross the galaxies to try to reignite the universe’s suns, which have been extinguished by the malevolent Corporation.
Incoboto is an imaginatively designed quest-puzzler, which incorporates elegant one-touch controls to create a simple and focused user interface. Its character design is outstanding, with genuinely empathetic characters in Inco and Helios. Gamespot said as much in its review, saying the game would cause you to “fall hopelessly in love with a boy and his sun”. Incoboto is out on the iPad and an iPhone version is in development, according to gaming news site Pocketgamer.
Another critically acclaimed indie puzzler is Waking Mars from Tiger Style Games. The lushly drawn environments of Mars come to life in the game where you must carefully nurture plant-life to re-populate the arid landscape with dense greenery. As the games magazine Edge notes in its review, it’s “ultimately a game about ecological balance”.
Waking Mars is available on the latest Retina Display iPads and has been optimised for the iPhone 5 form-factor as well. Fans of creative indie games will also be heartened to know that it’s crossing platforms from iOS to Windows, Linux and Mac OS tablets, and perhaps more importantly to mobile gamers, to Android powered tablets. After a brief delay, the game is available on the Google Play store for £3.15.
A game in a slightly different vein is Letterpress, described as “wonderfully addictive magic” by tech blogger Jason Kottke. This two-player game pits you against randomly selected opponents or your own friends.
Letterpress is available on the iPhone and iPad. Macworld describes its gameplay as a cross between Boggle and Strategery, with the basic aim being to form words from the jumble of letters on the screen to both aid yourself and hinder your opponent. The graphics are stripped down, pastel-coloured tiles of blue and pink, with accompanying cute sound effects. It’s free to download and play on your smartphone or tablet, but it costs US$1 for an in-game purchase to enhance the experience by seeing a list of words you’ve created in the past.
With Letterpress, Waking Mars and Incoboto, we have three highly creative, radically different games are all easy to pick up and play, and the product of innovative indie game developers, and they’re variously available on tablets across multiple platforms.