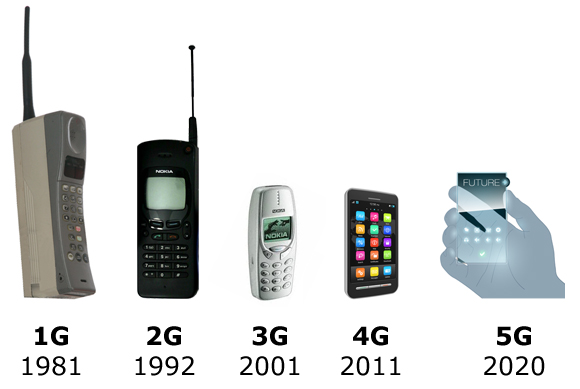 Today mobile tech play an important role in our lives and also mobile tech become a central role in the networks. In the past 3 decades, mobile tech has been evolved, the new mobile technology bringing us new capabilities, a new challenge and new services to the users. Each generation has their own capability and also advantages and disadvantages. The evolution of the mobile technology in the cellular communication is really incredible. Bringing us something new which is very useful for us now and in the future.

The First Generation 1G and 2G

In the early 1980s, 1G was born as the first generation of the mobile technology in the form of cellular communication. This first generation provides us with only voice and also the subscribers and you know at that time this first generation were super excited for us in the world. At that time we only can rely on the landlines telephone and also stationary telephones. But as this generation born we didn’t have to rely on stationary telephones which are available at that time or land lines at home or in our office. The first generation marked as the new generation will be born. After ten years, the second generation was born, and we called the second is 2G. 2G presents the new innovation, new quality like the system, voice, voicemail, SMS and basic data called General Packet Radio Service (GPRS).  For your information, the 2G cellular systems include GSM, and also digital AMPS (D-AMPS), code-division multiple access (CDMA), and personal digital communication (PDC).

I believe that 3G is a very well- known for us, we use 3G in the past ten years and the 3G generations are more advanced than 2G. #G the 3rd generations add some multimedia facilities which is very useful and also become popular today. The 3G generation allowing us to see the video, audio, and graphics applications. This generation is pretty amazing and different from before. You can also do video call on 3G generation. So here the list of the each generation:

1G: The first generation only allows us with the voice only.

2G: The second generation is more powerful and more advanced which is allow us to Voice, send SMS, and also have basic GPRS

3G: This third generation is more powerful and more advanced Voice, send SMS, and also you can enjoy the fast data (3G) to connect you with the internet.

This is the new generation of the 3G. 4G LTE (Long Term Evolution) is the new generation which is very powerful and faster than 3G. This is the fastest downloader today, if you use 4G LTE I believe that your download will be faster five times than before. And also 4G have a higher data transfer rate than 3G. For your information, 4G data networks are something which is pure, yup this is the pure data networks.