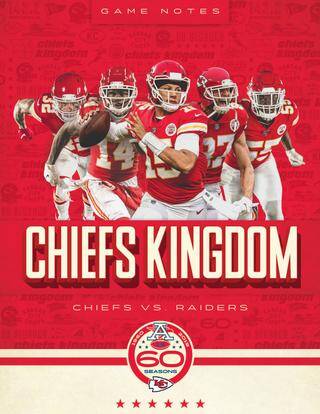 Texans vs. Colts ..It was a game highly intense by focus, with the Texans not having much while it contrarily oozed

The Houston Texans simply couldn’t get out of their own way, with more penalties having helped put the Indianapolis Colts in position to throw more dirt on Houston’s proverbial casket as the game wore on.

While they’d go on to lose with a final of 30-23, it continuously felt like a game the Texans should have mostly held the lead in, but never did.

Injuries loomed large for the latter entering the game, and things didn’t better in that category over the course of the first quarter. With former first-round pick Will Fuller being ruled out due to a hamstring injury, and safety Tashaun Gipson, Sr. questionable to return but never actually returning, the Texans were being weakened by the minute.

Adding insult to literal injury, Houston cornerback Johnathan Joseph was again injured, with a shoulder injury suffered in the second quarter, and he remained sidelined the remainder of the game as well.

In the end, it was injury and a slew of mental errors that cost the Texans the win. Jacoby Brissett caught fire in the second half with the help of tight end Eric Ebron, and the Colts never looked back as their defense helped put the final clamps on a job well done.

Why the Colts won

It wasn’t a game that allowed Marlon Mack to establish himself, and that put the onus on Brissett to take over. That’s exactly what he did, throwing for a career-high 325 yards on 26 for 39 passing with a career-high four passing touchdowns and zero interceptions.

It was as efficient an outing as it was impressive, and the Texans defense had no answers for him, which includes the usually stellar pass rush that failed to sack Brissett a single time.

Why the Texans lost

Simply put, the Texans took two steps back due to avoidable mistakes for every step forward. They had 10 penalties on the day and nearly half of them awarded the Colts an automatic first down, helping to keep drives alive that would’ve otherwise been dead.

The Colts took full advantage, and kept the Texans fighting an upward battle all afternoon.

This one will stick in the craw of Texans fans for a long time, and infuriated Watson when it happened, mostly because if the play wasn’t blown dead, it’s a much-needed touchdown and momentum swing.

Instead, it was a sack, and yet another one of the Texans several failed red zone trips. Considering the final score, this might’ve changed everything before it was all said-and-done.

Play of the game

You could argue Darius Leonard intercepting Watson with 37 seconds remaining and the Texans down by seven points was the play of the game, but I’d argue while it was certainly the nail in the coffin, there’s another that gets POTG honors.

A harsh, but fair take on the Texans afternoon

“The only way the Texans are going to win this game is if [Houston Astros star] Jose Altuve suits up, and he ain’t available,” said John McClain of the Houston Chronicle, as the Texans tried desperately to mount what became a failed comeback attempt.

The Colts will now host the Denver Broncos in Week 8, as the Texans head home hoping for better luck against the Oakland Raiders.

Be sure to scroll through the live stream below for any and all of the action you might’ve missed!