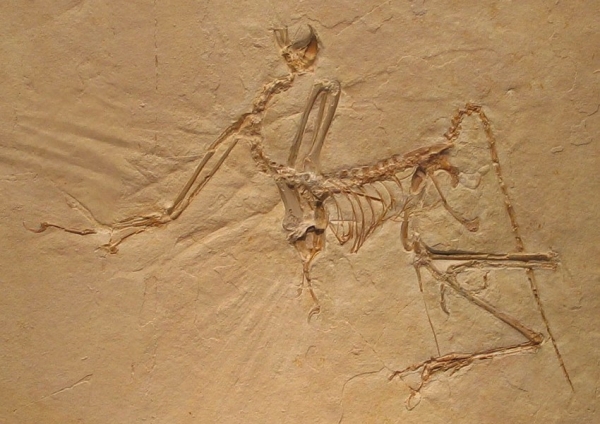 We know that birds are the decedents of few dinosaurs and the new research show that how the lost reptiles have changed into flying birds. This particular, research has run for years, finally something proved that reptiles evolved into the avians we see today.

It took years, Dinosaurs did not change into flying birds within the first time, and it took years for those creatures to form changes. According to the new study, researchers showed together the life of the family tree, the dinosaurs constructed different animals and these days’ modern birds.

In earlier research, feathers are already found on many dinosaur species, this became the chance for researchers to think that, the dinosaur has developed their wings for about tens of millions of years. When this evolution has started the changes took place quickly and began to develop thousand and hundreds of new bird species. For researchers it is still difficult to determine whether birds are from dinosaurs.

Steve Brusatte, paleontologist from the University of Edinburgh and co-author of an article announcing the findings said that “It’s basically impossible to draw a line on the tree between dinosaurs and birds. (But, once the first avians evolved), something was unlocked, and birds began to evolve at a supercharged rate.

Researcher already examined over 800 body features in 150 of birds and dinosaurs, the results exactly shows that there are similar results found in the dinosaurs and allowed them to construct a detailed family tree. And researchers also said that these changes took place around 150 million years ago. There are 2 different animal groups found similar to each other.

Paleontologists accepted for several years that the evolution of dinosaurs to birds, these results was not from the single research, hundreds of scientists for years gathered and inspected between these two different species and at final most of the results came from true. And paleontologists have believed that there had to be a missing link since last 20 years, and most of the flying dinosaurs were found in China, and dinosaur took some significant amount time to change from dinosaur to birds.

Archaeopteryx considered that at the time changing the species possessed too many characteristics that reveal its dinosaur heritage. And some of the researchers believe that there are many undiscovered species related to dinosaurs and life and maybe there are some birds capable of powered flight.