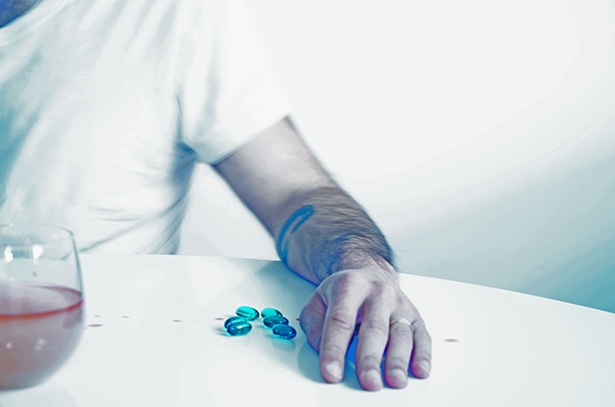 We’ve all heard the horror stories that come with drug addiction. We’ve been told enough times while growing-up to avoid smoking, alcohol and any other kind of drug. We know this already. Yet there are people who are complete slaves to their addiction. There are unfortunately people in this world that will choose a drug addiction over their own health.

It might be hard to understand what an addict thinks. After all, they are the users of illegal drugs and they don’t behave conventionally anyway. What they’re doing seems to defy all common sense and logic. But what is the reason for it? What is the allure that drugs have that makes people throw everything away and put their lives and wellbeing in jeopardy just for one more hit?

You’ve heard stories about this. Someone’s loved one is a drug addict and then that someone gives the addict an ultimatum. A choice has to be made, between the drugs and the loved one. You probably think that the users will make the right choice, but it is never ever that simple. Drug addiction is a complex problem that is studied by scientists, who try to analyze what could lead to it.

In fact, many contemporary scientists will tell you that drug addiction is really a sickness, and it’s the worst kind of sickness.

A person is never really addicted to the drug, but to the feeling that the drug invokes in him. For example, you can consider smoking. Cigarettes contain tobacco, but it isn’t tobacco that the smokers are addicted to. It is the nicotine in the tobacco that the brain depends upon.

Nicotine goes into the bloodstream and evokes positive feeling, a high of sorts. It’s this nicotine high that the smoker is trying to chase. If there was another way he could get the high, then that’s what he would be doing.

You might think that the urge to consume a drug is psychological, but it isn’t just psychological. Drugs do in fact bring about changes in the body that force the addict to keep coming back to them over and over again, until it becomes the only thing they can do.

Once an addict begins doing drugs and wants to stop, it isn’t just a matter of not doing drugs anymore. Simply stopping a drug is also dangerous as people experience withdrawal symptoms when they stop the consumption of a drug.

These withdrawal symptoms happen because the body of the addict has changed to accommodate for a life with drugs in them, and suddenly taking those drugs away cannot help the addict right away.

So what can I do?

What can you do? You want to help your loved one kick the addiction and you feel helpless. The first thing is to realize you’re not alone. There are people in your situation. There is nothing sheer willpower and hard work can’t fix.  Take your friend who is addicted to a rehab. Facilities like Apex rehab come to mind.

Here he will find dedicated professionals who will help him banish the demon that is drug addiction, so he can go back to living a normal life again.