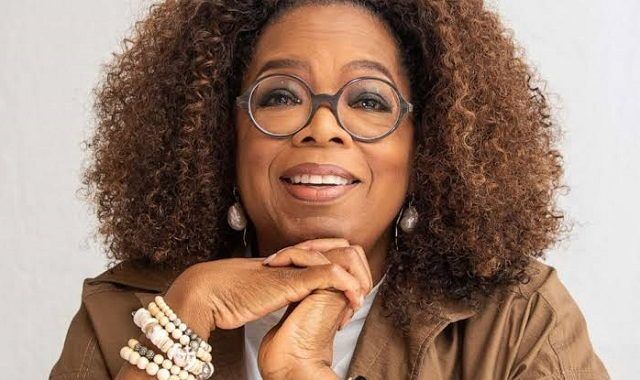 Who is Oprah Winfrey?

Oprah Winfrey is an American born media proprietor, talk show host, actress, producer, and philanthropist. She is best known for her talk show The Oprah Winfrey Show, which was the highest-rated television program of its kind in history and was nationally syndicated from 1986 to 2011 in Chicago, Illinois.

Oprah Winfrey is one of the richest African-American and the greatest black philanthropist in American history. She is currently North America’s first and only multi-billionaire black person. She was once named the most influential woman in the world by TIME magazine. Winfrey is the first African-American woman to become a billionaire in American history.

Oprah was born on 29 January 1954, in Kosciusko, Mississippi, USA. Her full name is Orpah Gail Winfrey. Her parents are Vernon Winfrey and Vernita Lee. Farmer Noah Robinson, Sr. has claimed that he is Oprah’s biological father. It is not clear if this claim has been investigated in any detail.

She attended Nashville East High School. She was crowned Miss Black Tennessee while in college. Oprah Winfrey was raped at age nine and when she was fourteen, she had a premature baby that didn’t survive. Her nationality is American and she is of African-American ethnicity.

When she was 13 years old, she ran away from home. Her frustrated mother once again sent her to live with Vernon in Nashville, Tennessee, though this time she did not take her back.

Oprah Winfrey is an unmarried woman till now. She has been in a long-term relationship with Stedman Graham since 1986. After six years of their affair, the couple got engaged in 1992. Oprah and Graham have been together for over three decades now and their relationship is going very well.

Previously in the 1970s, Winfrey had a romantic relationship with John Tesh. The couple broke up because of having an interracial relationship.  In the mid-1980s, she briefly dated movie critic Roger Ebert.

Oprah Winfrey began her career during her college days when she was offered a job as a co-anchor on the CBS television station. At that time, she was both the youngest news anchor and the first black female news anchor at Nashville’s WLAC-TV. She moved to Baltimore’s WJZ-TV in 1976 to co-anchor the six o’clock news.

She began co-anchoring the evening news when she was nineteen. In 1981 Oprah sent recorded tapes of the show to a talk show in Chicago called A.M. Chicago. She made her debut as a film actress in the 1985 period drama film, The Color Purple, in which she played a troubled housewife named Sofia.

Oprah was nominated for an “Academy Award for Best Supporting Actress” for her role in the film. In 1998, she starred in the movie Belovedwhich she also produced. She played the character Sethe in the film. She has also acted in several movies such as Charlotte’s Web (2006), Bee Movie (2007), and The Princess and the Frog(2009).

On February 9, 2006, it was announced that Winfrey had signed a three-year, $55 million contract with XM Satellite Radio to establish a new radio channel. She was named “One of the most influential people” from 2004 to 2011 by TIME. In 2007, USA Today ranked Winfrey as the most influential woman and most influential black person of the previous quarter-century.

For her role as Gloria Gaines in The Butler (2013), she was nominated for several awards including BAFTA Award for Best Actress in a Supporting Role and NAACP Image Award for Outstanding Supporting Actress in a Motion Picture. In 2013, she was awarded the Presidential Medal of Freedom by President Barack Obama.

That same year, she received an honorary doctorate degree from Duke and Harvard. She is currently North America’s first and only multi-billionaire black person. She has a net worth of 3.1 billion dollars.

Oprah Winfrey heard the criticisms about her controversial post-election tweet. In the 1970s, WJZ-TV management criticized Winfrey for crying on the air while reporting tragedies and were unhappy with her physical appearance (especially when her hair fell out as the result of a bad perm. In her past, she was allegedly involved in a second drug-related love affair, for which she was criticized by her fans and other people.