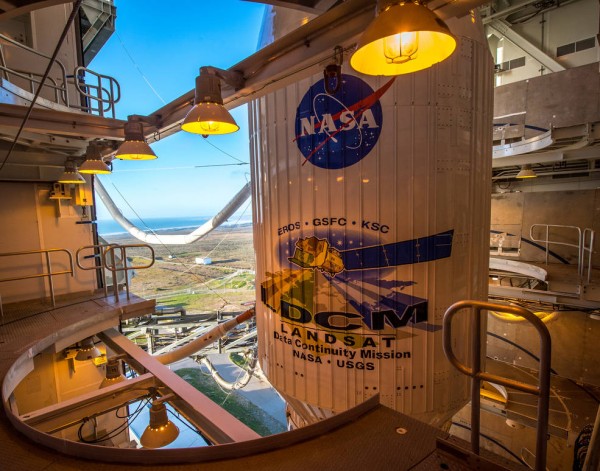 Few things in our world are as challenging and inspirational to millions of people around the world as Space. From the first flight to the first step on the moon to the space shuttle program and the Mars mission, reaching for the stars is one of the most desirable dreams of a human being.

The annual mass event of the National Aeronautics and Space Administration, Space Apps Challenge gathers thousands of space fans from across the globe while generating hundreds of potentially fundable business and design concept ideas. And 2016 marked its fifth and most popular year.  Together with 150567 votes of space aficionados, our journalists from Eduzaurus are glad to present you top 5 of the most promising projects of 5th Space Apps.

Who on Earth isn’t delighted with the small and swift aerial drones? From epic photo shooting to breathtaking air races, drones have quickly become an object of adoration for thousands of robotics fans.

Authors of the Avis project are no exception. Inspired by the idea that robots are required to help humanity, they offered an effective solution for controlling drones in conditions of limited mobility.

The Avis suggests controlling the drone remotely with smart wristband and an Android app for a smartphone. The program will provide the operator with navigational data, as well as weather conditions and no-fly zones. The smart bracelet is equipped with motion sensors and LED indicators. By tilting the bracelet, the operator can move the drone up-down and left-right.  For further calibrations and over-correction, there is a full set of functions in the Avis smartphone application.

Every grand reality begins with a detailed projection. Bangladesh team of game developers addresses colonizing Mars. They offer users virtually go to the conditions of Mars colony and try themselves as cosmic immigrants.

A game simulates how people can live on Mars using insider recourses and realistic data about the red planet. Players are suggested to plan their living in extraterrestrial conditions by creating an optimal infrastructure. Also, the player will have to establish cooperation with other “citizens” of the Mars colony and adapt to the new environment.  Successful findings and know-how’s acquired during the game can generate a lot of new ideas and practical solutions to help the real colonialists of the NASA Mars program 2020.

One of the main obstacles in space exploration is the need for fuel. Many science fiction movies exploit the idea of alternative energy source and super engines that are able to cover incredible distances within a limited time. Just such an invention has become a 2016 Space Apps’ favorite.

Ukraine’s Mars Hopper project involves an unmanned aerial vehicle (UAV), powered by CO2, which in solid forms covers the planet’s surface. During landing, the plane collects CO2 for the next flight and thereafter changes it to a supercritical fluid. The supercritical CO2 creates jet thrust for the next jumps and rotation of the propellers to maintain flight.

The Mars Hopper is created for investigation of Mars poles and its surroundings. The prototype of the “hopping Mars plane”, built from plastic bottles and Styrofoam, has successfully passed test flights.

Dinosaurs died because of a lack of knowledge and inability to compute collected data. Humanity is clever enough not to repeat their fate.

The NEO project creators from Minsk suggested using of machines computing abilities and asteroid databases to identify and classify the near earth objects, as well as find lost asteroids.

As a result of dozens of tests, researchers came up with the algorithm for identifying and classifying of orbital objects with the minimum of the data obtained. With some constraints, the prototype can identify an asteroid by providing only a light curve per one night of an observation.

The second part of the project involves machine learning. (Isn’t it a dream of Aizek Asimov?). Scientists have created a multilayer neural network with manageable learning to find a correlation between parameters used in object’s orbit calculation. Network operates 5 input parameters: alpha – a speed of output layers teaching, beta – a speed of hidden layer teaching, error rate – the accuracy of neuron teaching and timeout – a number of max iterations in learning.

When combined, both methods enable researchers to examine the space more precisely and reveal patterns and correlations of many other parameters. And, who knows, maybe eventually we will identify the UFO?

Outer space is an alien and often hostile environment for a human being. And, in addition to problems with breathing and maneuvering, the astronauts experience severe difficulties with the biorhythms.

A team of researchers from Cambridge, MA, have invented a medical device to take care about astronauts.

Together with machine learning, the accelerated data computing and massive results of previous investigations allowed scientists to create a device for non-invasive therapy and treatment of sleep disorders. Revolutionary approach lies in the regulation of circadian rhythms of human with visual and auditory stimulation without medicaments.

The Hypnos device resembles both a headband and plastic glasses and is used to naturally reprogram processes that modulate sleep and wake in individuals. The important feature of the device is its ability to tune to wearer’s own habits and preferences, as sleep is a deeply personal experience.

In addition to the Hypnos capabilities in astronautics, it has a potential to revolutionize the field of sleep medicine as well.

The World needs new ideas. NASA Space Apps is an event that strives to create a community of all passionate problem solvers, inventors, talented engineers and scientists. These people are at the forefront of the technology and eager to solve puzzles and challenges in new ways. And who knows where their efforts will lead us – to the new planets, new technologies and the new future?

Mark is scrience blooger from Eduzaurus