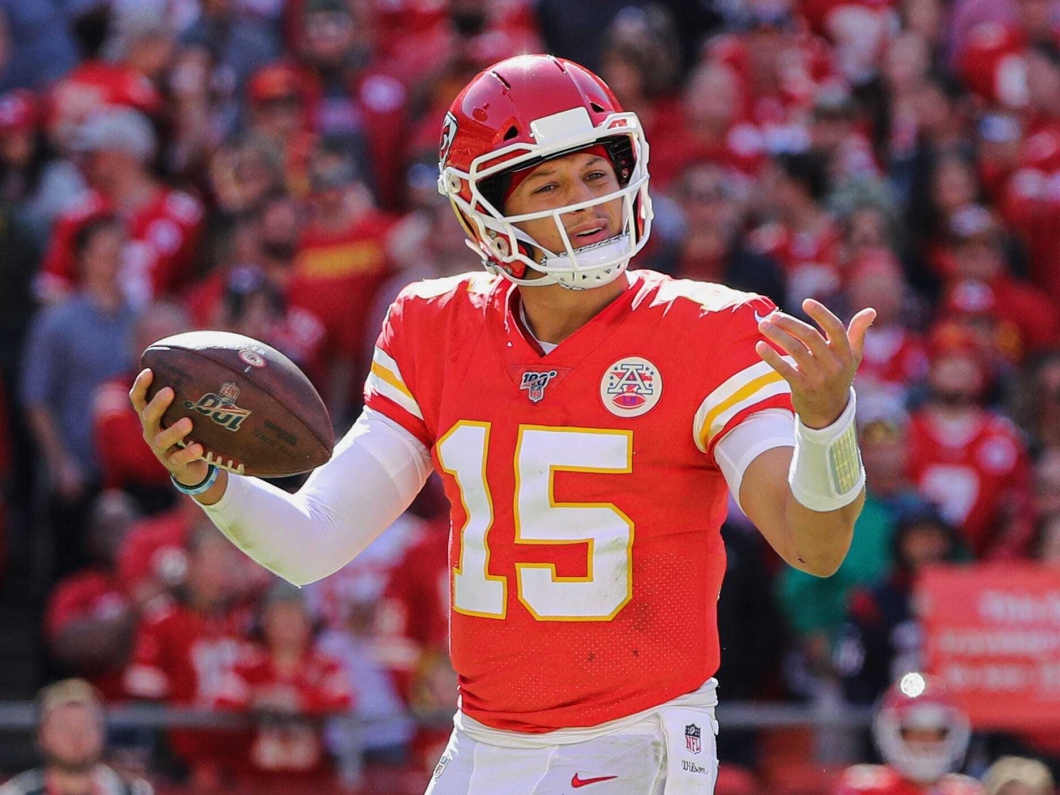 Chiefs For the first four weeks of the season, the Kansas City Chiefs ranked among the most dynamic teams in the league.

What I’m Hearing: Art Stapleton was in attendance for the Giants loss to the Patriots on Thursday night and tells us what he heard from New York’s rookie quarterback following the game.

As Patrick Mahomes continued the wizardry that he displayed last season en route to MVP honors, many wondered if he and his squad would encounter much of a challenge until December, when they will face the New England Patriots in a rematch of last year’s AFC Championship Game.

But everything has changed in the last two weeks.

As they followed up their Week 5 loss to the Indianapolis Colts with a 31-24 home defeat to the Houston Texans on Sunday, the Chiefs look very pedestrian, vulnerable even, and now have real reason for concern.

Sure, Mahomes is still a great quarterback. And Andy Reid’s offensive schemes still rank among the best and most innovative in the game. And at 4-2, the Chiefs’ season is not at all lost.

But in the last two weeks, a number of troubling warts have surfaced.

Pass protection suddenly is an issue as Mahomes has had little time to operate from the pocket. The balance that Kansas City’s offense once boasted has now vanished, and the fireworks have faded as defenses have managed to contain the Chiefs’ many weapons. Meanwhile, it turns out the defensive issues that plagued Kansas City last season very much remain.

The Chiefs still give up way too many total yards, including 472 to Houston. They still get pushed around in the trenches and allow running backs and mobile quarterbacks to run free. They still struggle to get off the field on third downs and rank among the bottom half of the league in both takeaways and sacks.

In their current state, the Chiefs do not look like a squad poised to challenge New England for AFC supremacy.

The magic of Mahomes.

Badly hobbled by an ankle injury against the Colts, Mahomes lacked his usual elusiveness, which in turn paves the way for his dizzying play-making ability. He still wasn’t at 100% against the Texans, who like Indianapolis boast a formidable defensive front, and once again, lacked the same kind of special that his team and fans have come to know.

In previous weeks, the offensive line issues seemed less glaring because more often than not, Mahomes managed to spin away from defenders, extend plays with his legs and then whip the ball down or across the field for drive-extending plays. But now, without his usual quickness, it’s more obvious that Mahomes’ line gets overwhelmed by physical attacks and struggles to keep defenders out of the backfield. As a result, their quarterback’s effectiveness has diminished.

So, the key for Chiefs opponents: come with great physicality and aggression.

The Detroit Lions provided a foreshadowing of this three weeks ago, but couldn’t quite pull off the necessary stops. The Colts got the job done, and now so too have the Texans.

In the last three weeks, Mahomes has seen his completion percentage plunge. After completing 72.3% of his passes through three weeks, he connected on just 57.1% against Detroit, 56.4% against Indianapolis and 54.3% against Houston.

With foes controlling the line of scrimmage, Kansas City’s rushing attack also has sputtered. They topped the 100-yard mark in three of their first four outings, but managed just 36 yards against the Colts and 53 against Houston. Ineffectiveness in this department only translates into less-manageable situations for a hobbled quarterback who’s frequently having to scramble for his life.

And with the offense no longer able to move up and down the field at will, an already suspect defense gets exposed further.

The Chiefs did devote resources to improving their defense this offseason. Beyond bringing in Steve Spagnuolo to direct the unit, they also added key players like pass-rusher Frank Clark, safety Tyrann Mathieu and cornerback Bashaud Breeland.

There’s often growing pains when you bring in a new coordinator, and missing defensive end Chris Jones to injury the last two weeks doesn’t help. But even while gaining comfort with new schemes, the Chiefs’ players have to raise their level of play.

The same goes for their offensive line. After five of the team’s seven allowed sacks came in the last two weeks, the group must do a better job of winning individual matchups to help their unit continue to operate effectively.

Improvement by both defensive and offensive lines is imperative.

Although they play in a division with two rebuilding teams in the Oakland Raiders and Denver Broncos along with the inconsistent Los Angeles Chargers, the Chiefs can’t afford to falter. Home-field advantage in the postseason is extremely important, and catching the unbeaten Patriots looks exceedingly difficult.

One of the more troubling issues: Mahomes and his balky ankle have little time for rest and recovery. The Chiefs have a quick turnaround playing at Denver on Thursday night, and Kansas City’s bye doesn’t come until Week 12.

Meanwhile, his teammates need to do their part to both keep him upright when the Chiefs have the ball, and then while on defense, get crucial stops and takeaways to provide more favorable positions for manageable scoring positions.

For a while now, Mahomes has used his greatness to mask deficiencies and compensate for weaknesses on his team. Now he needs his teammates to return the favor for him until he returns to full strength.