If you’ve ever been so desperate to get your hands on the newest laptop or smartphone that you’ve gone to an emergency loan website like www.Wonga.ca, you could have a serious problem. With the amount of gadgets flooding the market over the last few years and the sudden rise of the great Android and iPhone battle, a lot of people are spending a ludicrous amount of money on keeping up with the latest trends in technology. But is it really their fault?
Just the other day I was talking to my brother-in-law who had just purchased a Samsung Galaxy S3 earlier in the year. We were sitting next to the TV and a commercial for the latest model in the line, the Galaxy S4 was to be released in a few days and I still can’t believe the shock when I heard him say he couldn’t wait to get one. I asked him why he would shell out hundreds more for another phone when the one he had is perfectly fine for what he uses it for and his response was: “mine’s out-dated.” 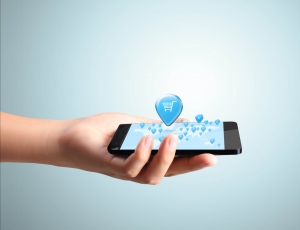 Now he may not be the standard user but there are plenty of people like him that are willing to go spend more money than they should just to have the latest and the greatest. With new phones being released almost weekly across the Globe it can be easy to fall into the trap of getting addicted to buying these new products, especially with popular culture sensationalising the newer, thinner, faster everything all the time, no matter what.
It shouldn’t be hard to imagine that financial lives are being ruined though, considering how addicted to technology society (especially the younger generations) are becoming. In a recent study conducted by the University of Maryland, researchers asked 1000 students across 10 universities to voluntarily turn off all of their electronic devices (including tablets, laptops, and mp3 players) for 24 hours. The study reveals that a very “clear majority” were unable to keep their gadgets switched off with most describing the experience like a drug addict would if asked to go cold turkey. More than 10% of the students said they felt confused, alone, and had feelings of failure after giving up their gadgets for a few hours and an overwhelming 20% showed symptoms of with addiction withdrawal.
While we are ultimately responsible for the choices we make, we are definitely spoiled for choice and constantly bombarded by new gadgets on a daily basis and the risk of becoming addicted to technology—including the financial risks that come with multi-hundred dollar gadgets—is more real than ever.