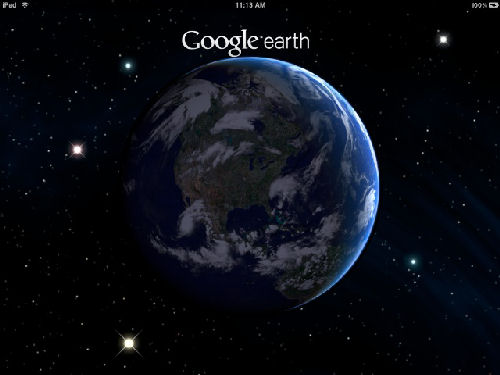 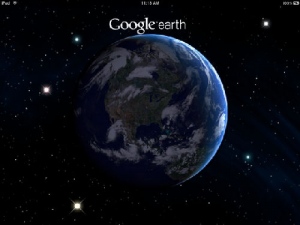 Since the launch of Google Earth, millions of users have enjoyed exploring our planet in a variety of ways. The original desktop application has been reinvented over and over to include use on mobile devices. From Android phones to the iPhone and now even the iPad. However, with the many features available for the iPad version of Google Earth, it still lacks one feature many users have enjoyed.

Features Included:
Like many other versions of Google Earth, you are able to view areas of the planet that many have only read about in textbooks or have seen on National Geographic. If you want to explore the mountains of Budapest, you can easily find them in stunning color and detail.

For those who have enjoyed the overlay of .kml and .kmz files with Google Earth to create personalized points with texts, images and links, you have that feature on the iPad update. This feature has been proven useful in a wide range of fields from college students giving presentations, to educators teaching about world events of the past and present.

You still have the ability to spin the Earth and zoom in with just your fingers. Simply drag your fingers across the screen to spin to the other side of the world. By using two fingers you can zoom out or spin the Earth on a separate axis. Tapping your finger will zoom in. Once you are zoomed in you can turn the Earth to change its angle and view the location in a stunning 3D view.

The Lacking Feature:
For educators, students, and Google Earth lovers, there is one feature on the Google Earth desktop software that iPad lacks. Embedding videos into the .kml and .kmz files is not possible. As Google Earth uses Flash to embed the videos, iPad is unable to play the video as iPad doesn’t play Flash.

There was talk about Adobe bringing Flash to iPhone and iPad, but until it is available the function to embed videos into Google Earth is currently lost. 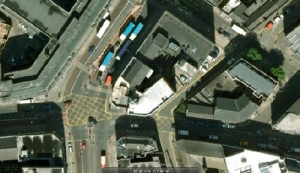 
Jeffrey Marshall is a writer working toward obtaining his online gis masters degree.